“Cabs here!” When I first saw the previews to Jersey Shore season 3, I thought I have to see this season ASAP. Especially because I loved the previous seasons. That alone just gave me even more of a reason to see this season. More fights, clubbing and more pranks, which means more entertainment for us the viewers. This year Sammie doesn’t know how to leave Ronnie. The girls come back into the house hating Sammie which means she has nobody in the house to count on. But soon they start friends again.

The fights and drama with the cast is ridiculous. But for some reason all of us viewers find it so interesting. There’s drama with Ronnie’s and Sammie’s relationship. Ronnie was trying to hard to be a good boyfriend this year. To the point where he just could not take it anymore. And they went out with a big bang. He couldn’t take it anymore. If I was him, personally I would of BEEN done with her the second season.

“It’s T-Shirt time!” These catchy little saying come from one of the most popular cast members, Pauly D. He’s funny, hot, and GTL’s (gym, tan, and laundry). He always has this way on making even the worst situations the funniest. If I had a chance to room with two of the cast mates or spend a day with them I would definitely chose Pauly D and Vinny. Cause they are the best looking ones out of the house, without a doubt. Well at least that’s my opinion.


If your one of those viewers that doesn’t watch “Jersey Shore” because you think it lowers your IQ, well scratch that out of your mind now. “Jersey Shore” actually teaches how not to behave. You’re missing out if you do not watch this show. I give it 5 out of 5 stars. I love this show and so will the new viewers that decide to watch “The Jersey Shore”. 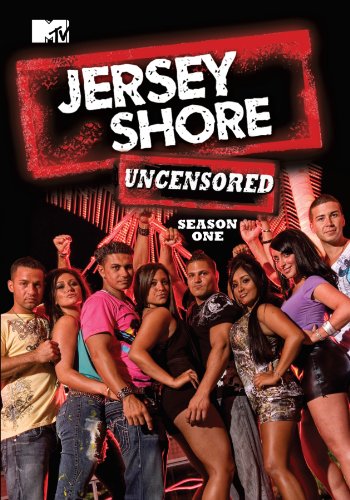 "Our scars remind us of where we've been; they don't dictate where we're going."
-SSA David Rossi, Criminal Minds

Favorite Quote:
"You can do anything." "It wouldn't be life if it was difficult"

View profile
COOL AND LOVED IT. NOT AT FIRST THOUGH BUT LIKED IT AFTERWARDS