Panic at the Disco: Pretty.Odd.

Panic at The Disco's long awaited follow up to their first album “A Fever You Can't Sweat Out”, “Pretty.Odd.” was released March 25, 2008. Gone is the “!” from their name, the makeup and ruffles from their clothes, the long tongue twisting song titles and lyrics, but not the quality of their music. While the new album is very different from the first one, it is surprisingly amazing. The new album is happy yet sad if you pay attention to the lyrics. The new album is very reminiscent of The Beatles and will surely have you singing along from beginning to end.

The album features lyrics that are metaphorical such as “She's steam laughing on the window pane” on the song titled “The Piano Knows Something I Don't”. It features lyrics that are mystical such as “She had the world upon a string but she didn't even see me, spun the stars on her finger nails” in the song titled “She had the World.” The songs are beautifully written and detailed. The songs are a good combination of classical instruments, guitars and sweet melodies and catchy choruses.

The band has explained that the new album was a group effort unlike their first album which was written solely by guitarist Ryan Ross. Also unlike the other album, it features Ryan Ross singing more and features him on track 11 “Behind the Sea.”

On the day the album hit stores, the band appeared on Jimmy Kimmel live to perform 5 songs. Their performance featured 4 songs from “Pretty.Odd.” including the single “Nine in the Afternoon”, “That Green Gentlemen(Things have changed)”, “She's a Handsome Woman”, “Mad as Rabbits” and “I Write Sins Not Tragedies” from “A Fever You Can't Sweat Out.” Seeing the band live that day was very different from seeing them live the year before. Brendon Urie's voice is much better live now than it used to be. I was lucky enough to be in the front row of that show and it was most definitely worthwhile waiting all those hours in line. You can catch the band in Anaheim headlining The Honda Civic Tour on June 14th at The Honda Center. For more tour dates and updates on the band visit www.panicatthedisco.com 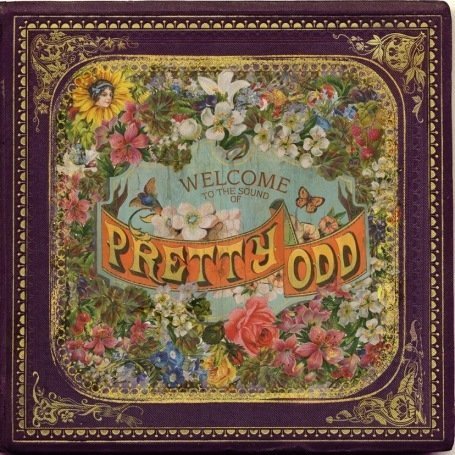