This past Sunday afternoon I went to see the 12 Tony Award winning Broadway production of the “The Producers” in the Atwood Concert Hall in downtown Anchorage. I found that the production exceeded my expectations. Being a huge fan of Broadway musicals, I am usually quick to say that a musical I have recently seen was a great experience, but “The Producers” was an extremely phenomenal musical.

According to a “Play” section article of the Anchorage's December 7, 2007 newspaper written by Sarah Henning, “The Producers“ follows a “hysterical heap of physical comedy, innuendo and political incorrectness.” This is a statement about the show that I completely agree with. The production contains all three of those aspects in many different, hysterical ways.

I have many favorite parts in this show. First, I really loved the dancing chickens along with their crazy and stereotypical German caretaker and play write. I also really enjoyed the stereotypically flamboyant gay director, Roger De Bris, accompanied by his extremely exaggerated gay and lesbian entourage. Another part of the show that I really enjoyed was the accounting office scene with Leo Bloom, his co-workers, and his strict taskmaster boss. I really liked how Bloom came to the realization that becoming a producer was the right profession for him, by being persuaded by his aggravating boss, boring job, future partner, Max Bialystock, and the imaginative follies girls.

The scene that I liked the least would have to be the jail scene where Bialystock was teaching his fellow prisoners song and dance routines. Other than that one scene, I really enjoyed the whole show so much. We were extremely fortunate for the production to come to Anchorage.

I recommend this musical to anyone who enjoys slapstick comedy inside the plot and the songs, but people who are still old enough to be in the presence of sexual commentary and a bit of profanity. “The Producers” was a phenomenal musical that really exceeded my expectations and fuels my dream to someday be seen in a Broadway production. 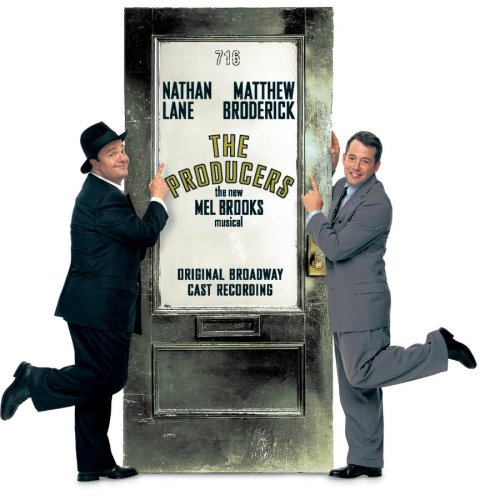