Favorite Quote:
What the heck r u doin

Dance Flick is a satire comedy. It’s about a girl named Megan that likes to dance and her life falls apart. She doesn’t get into a school named Julliard and her mom dies at the same time of the audition to get into Julliard. Julliard was one of the top musical schools in the U.S. She is then forced to go live with her alcoholic father in a dirty old apartment which lies in the center of the ghetto. Also, meanwhile in a dance center there is a hip hop dance battle going on. At first it’s a tie, but they do a rematch for 10,000 dollars. The problem with that amount is that they’re using the money that a man named Sugabear gave them. A guy on their crew does a move where he does a handstand on his head but he slipped and died. The other crew won, and guys named Akon and Thomas had to go see Sugabear. Sugabear gave them a week to give him back his money. Sugabear is a really big guy that gives out loans.
At school, Megan met a girl named Charity and they become friends. Then, Megan meets Thomas when they are in the same class and they get in an argument about whether or not Jessica Simpson is a good actress or not. Then, they go to a club and dance together. That’s when they began to like each other.
Thomas and Akon run into the crew they lost against at the club. The crews name was the 4-9 crew. They said that they were going to get a rematch at a contest named ‘The Streets’. But, Akon wanted to shoot Sugabear before he came to get them. So Akon wanted to do a drive-by but Thomas didn’t so he went to rematch the 4-9 crew by himself. Megan was worried about him so she got some people to dance with him. Also, Akon came back because a guy named Mr. Stash helped them out with paying Sugabear a little bit of money. After the rematch the judges ruled it a tie again so they did a death match. You only get one move. You’ll have to see the movie to find out who wins.
This movie will have you laughing and your stomach will be aching after it’s over. The only problem with this movie is that the plot is sort of choppy and short. Also, the acting wasn’t so good. Other than that, I would give this movie 3 out of 4 stars and a B+. 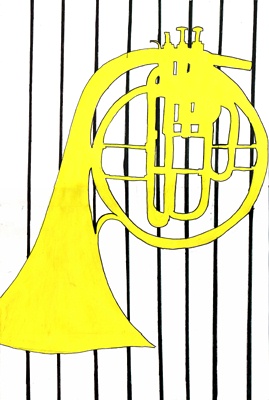