Star-Crossed Lovers
In the news today: a pair of star-crossed lovers take their life.(Prologue,6) Why is Romeo and Juliet by William Shakespeare one of the most remembered love stories of all time, is it because of the forbidden love that Romeo and Juliet have? Or the feud between the two families, a feud that is an ancient grudge and do the families even know why they are fighting to this day of why they bringing the past of the families’ to the present. The civil disorder that is conducted throughout the town square of duals between the Montague and Capulet households. So many topics are in place in Romeo and Juliet and many of them even occur today. William Shakespeare understood that humans are complex, and in Romeo and Juliet he explores how fate, hatred, forbidden love, and death can affect a persons’ life.

Life is influenced by so many factors but in Romeo and Juliet, Shakespeare explores how hatred could bring an ancient feud to an end by a destined death, and a love that is restrained. A love that had been sprung from their only hate, of how they should hate each other like past generations before them, but they end up having the opposing feelings for each other. Romeo believes he sees his own destined death, at an unexpected moment to come along soon, “I fear too early, for my mind misgives some consequence yet hanging in the stars shall bitterly begin his fearful date with his night’s reveals, and expire the term of a despised life closed in my breast by some vile forfeit of untimely death. But he that hath the steerage of my course Direct my sail. On, lusty gentlemen.” (1.4.113-120) not everybody wants to know what their future will be like, but Romeo believes he has an idea of what it will be like for him. He believes to think that he sees himself in a tomb and of how he is dead but he tries to shake off that feeling and enjoy the party.

Even to this day, we will never know what Shakespeare was thinking about when he wrote about the hatred between the Montague and Capulet households. We never will know of their ancient grudge that they hold against each other for so long. Tybalt Capulet, who is the cousin of Juliet, is looking for Romeo to speak with him, Romeo is not in the town square, because he just had gotten married to Juliet. Instead of Romeo drawing his sword to dual with Tybalt, he tells him how much he loves him, because Tybalt does not know that Romeo had just been married to his cousin Juliet, by Friar Lawrence. Mercutio getting driven to his edge, he draws his sword and tells Tybalt to a fight. All is clean and friendly until Mercutio gets the upper hand over Tybalt which makes Tybalt peeved and look like a fool, Romeo tries to intercept the fight by getting in the middle of the two, but Tybalt stabs Mercutio under Romeo’s arm. Mercutio goes up the stairs and says to the Montague men as the Capulet men leave the scene,” I am hurt. A plague a' both your houses! I am sped. Is he gone and hath nothing?” (3. 1, 90–92) This quote could mean that both of the households run by their lords have to stop the hatred that is between them, with the lost of men in their fights, and finally release the ancient grudge, not knowing what this hatred will soon bring to these two families.

Believe it or not, some people have been in the situation of where they are in a forbidden love or is dating somebody that their friends and family do not approve of so they keep it secret, not wanting to receive any trash talk, for a choice they made and thought was right for themselves. Romeo and Juliet are in that exact same situation of how they have to hide their love from their family, and friends because of the known hatred between their families and of how Lord Capulet had already arranged a marriage for Juliet to marry Paris. Juliet knows she could never love Paris because she is in love with Romeo. She wants to get out of this plan to marry Paris since she is the wife to Romeo, and goes to Friar Lawrence for help out of this marriage. She goes to the Friar for help, and the Friar tells her, “Hold then. Go home; be merry; give consent to marry Paris. Wednesday is tomorrow. Tomorrow night look that thou lie alone; Let not the Nurse lie with thee in thy chamber. Take thou this vial, being then in bed, And this distilling liquor drink thou off; When presently through all thy veins shall run A cold and drowsy humor; for no pulse Shall keep his native progress, but surcease. No warmth, no breath shall testify thou livest. The roses in thy lips and cheeks shall fade To paly ashes, thy eyes’ windows fall Like death when he shuts up the day of life.” (4.1,91-103) that when she takes this potion of how she her physical appearance will appear as death to those around her, but in reality she is just in a deep sleep. The Friar tells Juliet that he will send a letter to Romeo to tell him of their plan so they can be together. Romeo never gets that letter. 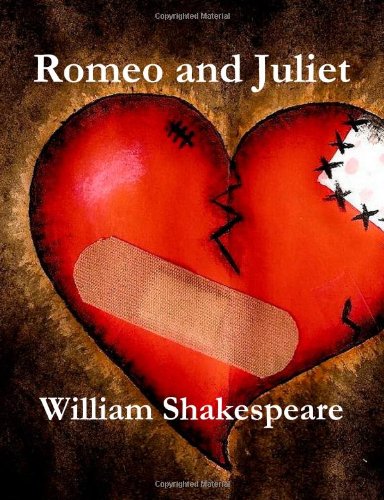 
Buy from Amazon
The author's comments:
This is actually an essay I wrote for my English class last year, and I got a good grade on it, and I hope you like it and tell me what you think of it
Post a comment
Submit your own