As the song says “everybody needs some”, Emerson Drive. Their newest C.D “Countrified” is a great C.D with awesome songs. This is the best C.D I have heard by them.

The Emerson Drive C.D “Countrified” has eleven songs, most of which are upbeat and fast. Three songs are two of their new ones on the radio, “Moments”, and “You Still Own Me”. It also include their version of “Devil Went Down to Georgia”, originally by Charly Daniels.

Comparing it to most country music, this is highly original. It is more modern then most country and generally upbeat. As I state this , an example is break-up songs. On this C.D there is a fast pace, up beat, break-up song, called “Painted to Much of This Town”, and compared to things like Racal Flatts “What Hurts the Most” this is extremely upbeat.

One of my favorite songs on this C.D, is track one, “A Good Man”. This song is about what a guy wants, his dream, as it says “My dreams aren't that complicated. I wanna be the one when all is said and done, who lived a good life loved a good wife and always helped some one in trouble. On the day they lay me down, I want everyone to gather round and say he was a father, brother, neighbor, and a friend. He was a good man.” This is a very positive, upbeat, fast song and compared to most country music this is very unique.

“You Still Own Me”, is the newest song on the radio, and track five on this C.D. This song is an upbeat, fast, love song which is strange because most love songs in country music are very slow, such as Trisha Yearwoods “Thinkin' About You”. This is a change which makes the song very good. This is about a guy saying no matter where he goes or what he does the girl still owns all of his love, like it says “I can go were I wanna go, do what I wanna do, say what I wanna say, but baby, you still own me.”

My least favorite song is “Countrified Soul”. I don't like the words to this song and it gets very annoying. It is an upbeat song with random word choice, for example one part of the chorus is “moonshine, down home party time, liven loose and letting go, and keep my countrified soul”, that I extremely dislike. The only good thing about it is that it is highly original.

The last song on the C.D, is Emerson Drives version of “Devil Went Down to Georgia”. This is a good song, but not when they sing it. They messed with a part when the devil was playing the fiddle. They added piano/ keyboard and made it sound really weird. I wanted to hear it when I read it was there on the back of the case, but after I heard it, it was…never again

Overall this is a good C.D, but some songs are really annoying. Generally with this C.D if you don't like a song you will absolutely hate it. I recommend this to Emerson Drive fans, country music fans, and actually also Racal Flatts fans. Out of 1-5 stars I give it 41/2. 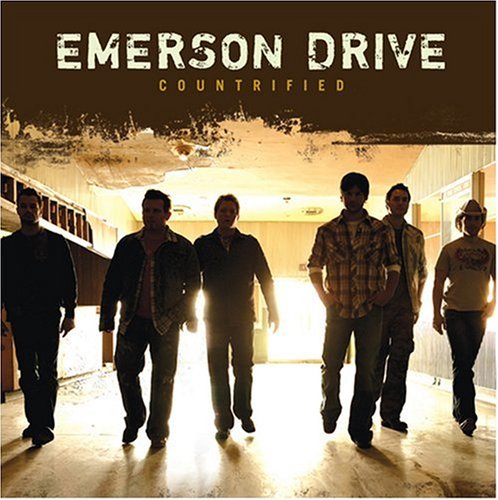