It took over 14 years for ­“Chinese Democracy,” the much-anticipated Guns N' Roses album, to be publicly ­released. There were a lot of things for singer Axl Rose to take care of as the sole original member of the band, but he took a mighty long time to make one measly album. Was it worth the wait?
It's overdramatic, it's overly ambitious, and over one hour long, but excess of this sort is expected from the band that caused riots and controversy while other ྌs era “rock” bands teased their hair and ­applied their makeup.
GNR's first album, “Appetite for Destruction” is considered one of the greatest of its time. Raw aggression pounds out in every note. Their 1991 releases, “Use Your Illusion I” and “II” include several sweet love songs like “Don't Cry” and “November Rain” that show musical maturity. Nevertheless, GNR was still the meanest rock band in the country.
“Chinese Democracy,” to put it plainly, sucks. It sounds like Rose couldn't make up his mind about what kind of record he wanted to make, so he threw together a colorful array of genres. “Shackler's Revenge” is pure heavy metal, a head-banger's anthem. And the next track, “Better,” is pop, with several corny melodies. When the album takes a sharp turn from pop to Broadway-rock in “This I Love,” there's only one logical conclusion for listeners: “I guess Axl really is bipolar.”
They say a singer will find only one guitarist he has perfect musical chemistry with in his lifetime. Slash, the original GNR lead guitarist, was Axl's musical soul mate. He put as much expression into his licks as Rose did in his trademark vocal flourishes – which, on a side note, are missing from this album.
In the old GNR, every solo fit the mood of the song, emotion poured out of every bend and pull-off. Izzy Stradlin, the original rhythm guitarist, dueled harmoniously with his awesome riffs and progressions. Most of the solos on this new album don't have Slash and Stradlin's passion, partly because Rose couldn't even manage to keep a consistent lineup during the recording.
Granted, “Sorry” has an extremely fitting guitar solo. It also has relevant lyrics that relate to the less-than-flattering image of Rose the media has created. However, once the song kicks into the chorus, it takes a turn for the worse. Rose's voice sounds jaded, and the bizarre use of vibrato makes him come across like a bitter old man.
Tracks four through six are basically the same, with a lot of piano and Rose singing like Justin Timberlake trying to be rock n' roll. However, “I.R.S.” shows that Rose still has the ability to write butt-kicking rock tunes. The song is reminiscent of “Appetite for Destruction,” complete with gritty instrumentals and a flawless display of Axl's vocal range. But no one should suffer through the endless drone that is the rest of the album.
How “Chinese Democracy” ended up such a failure is a mystery when it had so much potential. But maybe it's too early to put GNR in the ground. I guess we'll see in another 14 years. 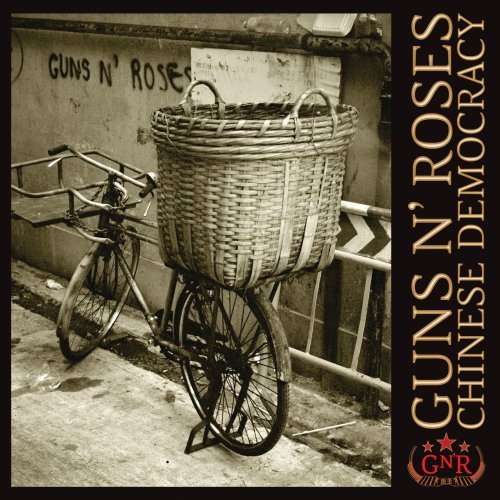 
Buy from Amazon
The author's comments:
Chinese Democracy was released in 2008 and in my opnion, was a horrendous album, which really let down my high hopes for new GN'R. I wrote this review quite a while ago for my journalism class and I thought it turned out pretty well, so I figured I&#39d share it.
Post a comment
Submit your own

Favorite Quote:
You think that everybody hates you. You should really stop that.- A Good Friend

View profile
Hey, look i'm sorry but my idiot friend got a hold of my computer while i was signed in.  i had been reading this when i got up to do someting and they read it
sometimes SILVER said...
on May. 3 2011 at 4:39 pm
sometimes SILVER, West Windsor, New Jersey
5 articles 2 photos 4 comments

It's an opinion, man. I didn't say you have to agree. GNR is my favorite band of all time regardless of how much I hated Chinese Democracy.

Also, I felt that the album lacked flow (this was the problem with having too many different styles) and lacked the soul that was present in previous GNR albums.

And I did credit the good songs in the album as well as say that I'm not condemning GNR for the rest of eternity. I simply said it wasn't worth the 14 year wait.

Favorite Quote:
You think that everybody hates you. You should really stop that.- A Good Friend

View profile
I happen to like guns n' roses, but then again, they're not my favorite band ever.  Still, your reveiw was very harsh.  So what if they had different styles in one album?  Maybe there's some unknown reason for why it took so long for the album to come out.  We never know.