One of the most extravagant and interesting of music scenes, Visual Kei, more often described as Japanese shock-rock, is a growing interest even for people who don't like Japanese music. With the rising popularity of bands like Dir En Grey and D&#39espairsRay, who will be playing on this years Taste Of Chaos tour, it's only a matter of time before it becomes a popular genre.
What makes Visual Kei different from normal J-rock is the clothes. Unlike it's musical counterpart Oshare Kei, which is based on cuteness, Visual Kei has a darker look to it. Black, leather, and goth-lolita style clothes are very popular.
I first got into the scene last year when I was still into metal. I was watching Headbangers Ball and they put on Dir En Grey's video for Saku(bloom). Kyou's extremely twisted look and the complete morbidness of the video creeped me out, which totally caught my interest. I didn't really listen to much Dir En Grey after that, I was more interested in J-pop at the time. But i got ripped back into this year, getting annoyed with listening to the same bands over again, I went in search of new ones. And that's what I found. The music is amazing and the look is crazy.
I think most of the bands goal is to leave an impression on people and they certainly have accomplished that. 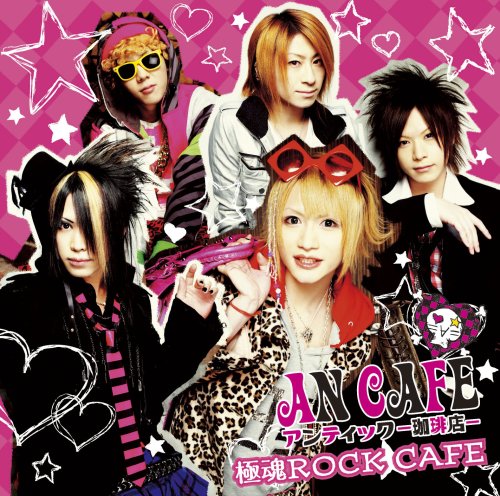 XXXBREE said...
on Nov. 3 2011 at 9:46 am
XXXBREE, Vegas, Nevada
0 articles 7 photos 6 comments
View profile
I love Visual Kei and Japanese Rock, They really express meaning in there song. Dir en Grey shows the most emotions in there songs.. especially there song " Ain't Afraid To Die " that song literally made me cry. Alice Nine is awesome too... But Dir en Grey stands out from all of the other Visual Kei and Japanese Rock Bands mostly.
White-pallet GOLD said...
on Mar. 28 2010 at 1:11 pm
White-pallet GOLD, Havelock, North Carolina
13 articles 51 photos 9 comments

Favorite Quote:
"When there is snow on the ground, I like to pretend I'm walking on clouds."

View profile
I liked your essay. It brings Visual Kei into the light. I agree with you about Dir En Grey. My first video by them was Obscure and it was that twisted shock factor that pushed me away at first but made me a fan in the end. Anyway, nice job :)