If you’re into fast cars and a lot of action, “Fast & Furious” is the movie for you. Director Justin Lin really pulled it off by directing thing fourth installment to the “Fast & Furious” franchise.

“Fast & Furious” is jam-packed with action, plenty of excitement , and filled with great-looking cars. The script is entertaining and tells a good story. The story is about the fugitive Dominic Toretto who returns to Los Angeles to find his girlfriend killer. Along the way, he crosses paths with former undercover officer turned FBI agent Brian O’Conner. Despite their history, they team up to track down the drug lord Arturo Braga. As they race through crowded city streets and across international lines, their friendship is tested. They must stick together to bring down the enemy.

Paul Walker, once again plays Brain O’Conner. This time he has been promoted from under cover cop to FBI agent. Vin diesel plays Dominic Toretto, the role he held in the first “Fast & Furious”. Other returning cast were Jordana Brewster, as Mia Toretto, and Michelle Rodriguez as Dominic’s girlfriend Letty. I was pleased that they brought back many of the original cast and characters.

My reaction to this movie is that is filled with action packed scenes. There are many amazing actors in this movie, making it even more fun to watch. Fast cars, amazing crashes, and plenty of entertainment; it will leave you wanting more.

Overall, “Fast & Furious” is a spectacular movie. This is a must-see for anyone that’s enjoys a good story, heart-pumping action, and amazingly fast cars! 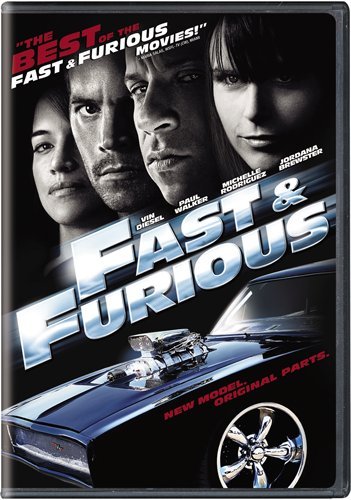