Home Alone is a true classic that will be sure to please audiences with its fun and relentlessly entertaining story. It all begins when the McCallister family prepares to take their large family trip to Paris the next day. However, because there are several family members going, including several different smaller families, things are getting very hectic, especially considering that the kids outnumber the adults. This means that there is plenty of action going on in the house. No one has time to help out 8-year-old Kevin McCallister, who needs help with packing and finding a place to sleep, since all the available spots are taken. He feels as if he is being dumped on, and for good reason. No one leaves him his favorite kind of pizza, no one answers his questions about packing, everyone seems to scream and yell at him, and at the end of the day, when Kevin finally tries to do something about it, he ends up becoming the bad guy of the whole situation and gets punished. His mom sends him up to the attic, the scary third floor that no one ever goes to. The next day, when everyone gets prepared to take their flight, because they all slept in too much, things get even more hectic. As everyone struggles to gather all of their things and board a flight that they will be sure to miss, no one remembers to retrieve Kevin from the attic. In fact, the family doesn't even realize that they forgot Kevin until they're already in the air, well away from their home in Chicago. When Kevin wakes up and sees that his whole family is gone, he just assumes that his wish to be alone without a family came true. Although things seem to all be going smoothly at first, things quickly turn sour when Kevin realizes that two burglars plan to rob his family's home, and he is the only one that can stop them.

Home Alone is a story-driven movie that has a thorough and cohesive plot. The beginning of the movie does a terrific job of jump-starting the entire adventure and introducing audiences to what life is like for Kevin McCallister. Seeing as the movie centers around Kevin's transformation from wishing to be alone without a family to understanding the importance and value of family, the manner in which the film showcases why and how Kevin thinks is much-needed and well-executed. The middle portion of the movie is quite entertaining and highlights just how Kevin fairs living by himself alone. The enticing ending of the movie is heartwarming, an emotional roller coaster and takes advantage of all of the drama that has been conjured throughout the movie thus far. While the movie does lack having too many significant twists and turns, it doesn't really matter, because the movie is just boatloads of elated joy.

Home Alone is one of those great movies that brings out the inner-child in everyone. Additionally, the movie easily gets to the true value of family and why the concept of it is so important. Because of this, it is one of the most simultaneously meaningful and entertaining Christmas movies out there. While plenty of goofiness occurs, the film never strays away from its true purpose, and that's what causes this adventure to be elevated to the very next level.

Home Alone is a fan-favorite classic that has everything that every good movie should have, including a cohesive plot, a superbly consuming storyline, charismatic characters, and a well-elucidated message. Aided by plenty of spectacular performances, especially Joe Pesci's Harry Lime and Macaulay Culkin's Kevin McCallister, all of the actors are able to transform into their roles and make the movie that much more substantial. Without a doubt, this is an absolute must-see for just about anyone and everyone. There's a reason why an outstanding 95% of Google users liked the movie. It's that good. 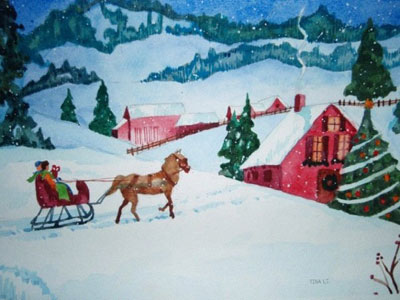 "I'm eating junk food and watching rubbish, you better come out and stop me!" — Kevin McCallister