This is W.A.R. by Lisa Roecker & Laura Roecker | Teen Ink

This is W.A.R. by Lisa Roecker & Laura Roecker

What do you get when you combine country club full of secrets, two rich boys, four teenage girls, and a murder? You get “This is W.A.R.,” a thriller novel by the Roekcer sisters. When Willa Ames-Rowen is found dead on July 4th, everyone the ritzy Hawthrone Lake Country Club knows who drowned her. Yet, they were all paid off to keep the secret. And as we learn through the novel, secrets are a very powerful thing.

The characters in this story are amazing and relatable. They each narrate different parts of the story, the reader gets a look inside their minds and secrets that help them piece the puzzle of what really happened on July 4th. The four main protagonists of the novel are Rose, a girl who doesn’t fit in with the staff or the members, Lina, a rebellious looking girl who’s lost in life, Sloane, a girl struggling to live up to her parents’ expectations, and Madge, Willa’s older stepsister. They all have a secret about what happened that night and they all want to make the murderer pay for what he did.

The writing in “This is W.A.R.” is fantastic. It captures the emotions of girls who are trying to cope with being a teenager, as well trying to get revenge for their friend. I believed the fact that the girls were teenagers, not adults in teenage bodies. Overall, I would recommend this book to readers 14+ with the caution that there are mature topics and language used. “This is W.A.R” had me hanging on until the very end. 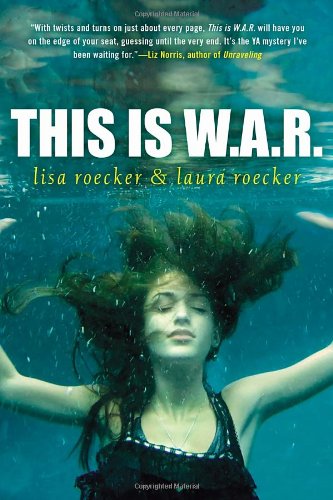 Favorite Quote:
Being normal is boring - Marilyn Monroe
You only live once -?
A professional writer is an amateur who didn't quit -Richard Bach

View profile
I love the review of the book! You did an excellent summary of the book! I also like your username, I like Broadway (as in Newsies and Matilda), as well.