The Blue Door by Christa Kinde

One day, on her way to the mailbox Priscilla Pomeroy met a young boy who changed everything she thought she knew about the world the Almighty Lord created. Fighting it the whole way, Miss Prissie is soon dragged into the world of Angels and Demons.
The Blue Door, first in Threshold Series, is an interesting look into a pious world full of Angels, sent from God, as well as Demons, known as the Fallen. The novel follows 14-year-old Priscilla Pomeroy, aptly nicknamed Prissie, as she learns about the heavenly creatures that exist in her little farm town. This book, which is relatively well written, would be very enjoyable if not for the main character being almost unbearably stuck-up. Prissie Pomeroy and her family of ten are devout Baptists, and Prissie out of all of them is the most stuck in her roots.
After meeting Koji, a young Observer Angel, Prissie learns that much of her world is not what it seems. Although she meets a large handful of Angels it takes Prissie just under half the book to come to terms with the truth and even then she isn’t too quick on the up-take. More concerned about a pie competition than the war raging between Angels and Demons, Prissie’s character is neither believable nor particularly likable. With her perfect posture and repeated attempts to correct her brother’s grammar Prissie is too stiff and virtuous to really like. Although she outwardly appears nice it is hard to see past her rude and frankly condescending remarks.
If you get past Prissie’s… personality, then the book isn’t too bad, after all, who doesn’t love a good end of the world battle between good and evil? But it ends abruptly leaving the reader with essentially a prologue to a better, well developed story. Even though the author crams a lot of Prissie’s petty problems into the novel there is a distinct lack of action. The author tempts the reader with a greater plot line, an impending war, but not one demon is seen or even talked about until almost the end of the book.
In the end, I would say this is a good book for sixth-graders in Sunday school but not much else. 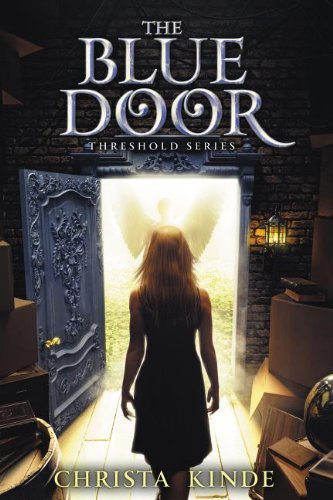