The Knights of Derbyshire by Marsha Altman | Teen Ink

The Knights of Derbyshire by Marsha Altman

Honestly, how much time can a girl spend gushing over one series? Apparently never enough, because I have nothing but good things to say about the fifth installment in the Darcys and the Bingleys series by Marsha Altman.

This one starts off a little slower than some, with hints and foreshadowing before bursting into action. And what action! Dastardly deeds, heroic rescues and a mysterious wolf roaming Derbyshire are just a few of the things that threaten to give Mr. Darcy more gray hairs.

This story is focused for the most part on the young George Wickham, Geoffrey Darcy and Georgiana Bingley. They're practically adults now, and each have grown into distinctly different and fascinating individuals. George is as serious as his parents were wild, Geoffrey is almost scarily like his father, except perhaps a little more wisdom when it comes to understanding people. Then again, he still has that Darcy problem when it comes to talking to girls...but he also write a great letter. Georgiana Bingley is...Georgie. There really isn't much else you can say about her, save that she is truly magnificent. I will leave it to you to discover how.

I fall in love every time I open one of these books, whether it is for the first time, or, with the early books in the series, for the tenth time. I can't recommend the Darcys and the Bingleys series highly enough. 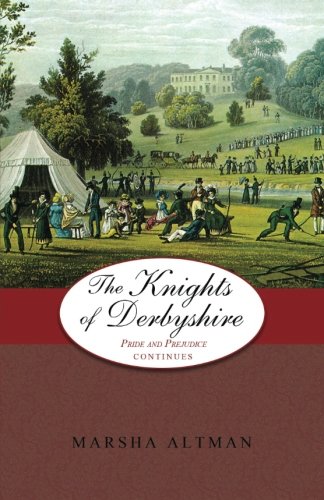 
Buy from Amazon
The author's comments:
Thanks to Marsha Altman for sending me a copy of this book in exchange for a fair and honest review.
Post a comment
Submit your own