The Awakening by Kate Chopin

Favorite Quote:
“To be awake is to be alive”

In the book, The Awakening, author Kate Chopin presents Edna’s long journey to attain her final awakening. Edna is used to living with the restrictions caused by social expectations that pressure her. Drowning in the sea thoroughly eradicates expectations from her life. Besides, she gains the independence of which she has always dreamed. Finally, she fulfills her awakening through a new understanding of life. Despite the controversy of Edna’s fate in the reader’s eyes, Edna undoubtedly consummates her awakening by finally drowning in the sea, because she successfully eludes social expectations, achieves a state of independence, and obtains a new perspective of life.


Edna escapes from restrictions generated by social expectations as the sea cuts any connections between herself and the community, and ends the expectations imposed upon her. As a woman in a traditional community, she feels seriously burdened by her children due to the enforced obligations to devote herself to take care of them, but she discovers that the beach tranquilizes her: “The children appeared … like antagonists … who had overpowered and sought to drag her into the soul’s slavery … She was not thinking of these things when she walked down to the beach” (Chopin 94). She is able to avoid being a slave to her children by walking down to the beach. The beach and sea liberate her from the social expectations to care for her children. However, the burden created by society does not only limit the children. Tremendous expectations to be standard are an insurmountable barrier: “But to her unaccustomed vision the stretch of water behind her assumed the aspect of a barrier which her unaided strength would never be able to overcome” (Chopin 24). The sea represents the social expectations that Edna has been struggling against. Drowning in the sea turns out to be an ideal way to eliminate the myriad requests, while sinking into the deep sea terminates the endless fight with her social critics. Due to the hatred to the norms, Edna “went on and on…believing that it had no beginning and no end” in the sea (Chopin 95). She is aware that the sea can free her from these expectations. Therefore, knowing that she is not going to swim back to shore, she continues swimming to stop the torment. As a result, she drowns in the sea, and social standards do not bother her anymore.


Edna appears to be fascinated with independence, which is offered by the vast sea. She exhibits the will to make her own decisions long before she drowns, as she clearly asserts, “I’m not going to be forced into doing things. I don’t want to go abroad. I want to be let alone” (Chopin 92). She has demonstrated her desire for independence by declaring her determination to not go abroad. Independence is difficult to achieve, even if Edna tries her best. Edna reveals that the sea is a practical tool to use to become independent: “Well, I might go down and try—dip my toes in” when people warn her about the coldness of the water (Chopin 94). Instead of conforming to others’ advice, she chooses to listen to herself and make her own choices, especially with going to the sea, which heals her. In the sea, far from the ominous civilization that she is associated with, she is allowed to be “no longer one of Mr. Pontellier’s possessions to dispose of or not” and she can “give [herself] where [she] choose[s]” (Chopin 89). It is clear that Edna goes into the farthest part of the sea on purpose because she wants to offer her life to the vastness and solitude of the sea in order to be no one’s possession. Not letting her down, the sea provides her with independence.


Last but not least, Edna acquires a new understanding of life’s meaning as she awakens.  Edna sees the reality of the world. The center of her world should be exactly herself as a dominant individual: “She understood now clearly…that she would give up the unessential, but she would never sacrifice herself for her children” (Chopin 94). She comprehends how she should focus on herself, instead of her family and housework. Edna also starts to consider that “[Leonce and the children] need not have thought that they could possess her, body and soul” (Chopin 95). She refers to her “body and soul” – physical existence and mental thoughts – which is literally her everything. She knows that she should be alert to anyone who wants to possess her and defends her mind from being lost in society. When Edna goes swimming in the nude, “She felt like some new-born creature, opening its eyes to a familiar world that it had never known” (Chopin 95). The author depicts a strong sign of her awakening. She approaches the awakening, even though she has no clue about it. The context is surely overwhelming, but the fulfillment is satisfying as well.


There should be no social standard or stereotype imposed on any group in society. Everyone deserves to be free and independent from community expectations. Moreover, everyone deserves to establish their own perspectives on their lives as a way to be a unique individual. 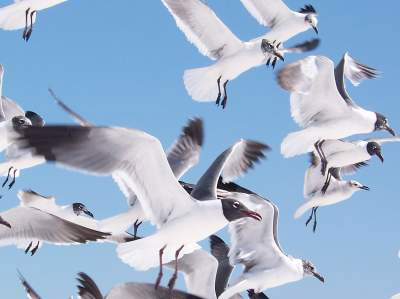