Jacob Have I Loved by Katherine Paterson | Teen Ink

Jacob Have I Loved by Katherine Paterson

Favorite Quote:
"Reach for the stars, even if you have to stand on a cactus."
- Susan Longacre

Nearly every child that is born into a family of more than one kid is bound to feel jealous of their siblings at one point. However, these normal childhood moments are usually brief and sporadic. This isn’t quite the case with Sara Louise Bradshaw. Louise is constantly outdone by her sister, Caroline, in everything she attempts.

Sara Louise lives on a small island named Rass, with her near perfect twin sister, a bitter grandmother, and parents whom she believes love Caroline in a way that they could never love her. Her friend Call, who she describes as “pudgy” and “totally unsentimental”, also plays a big part in her life. He is often the one who listens to her stories and jokes…even though he might not always get them. This story shows how often Louise is outshined by her sister and how she begins to overcome it.

The author did an amazing job in depicting how Louise really felt. She explained how she hated her sister, yet at the same time she still worried and cared for her. It was hard to imagine how awful it would be to have a sister that unknowingly took it all away from you.

Without a doubt, one of my favorite parts of the book was when Louise finally realized what she wanted to do with her life and pursued it. It was great to see that after always being bested by her sister, she was finally able to become her own person.

Clearly, I enjoyed reading this book. It was so well written that I actually felt proud of the character at the end of the story for having accomplished so much. 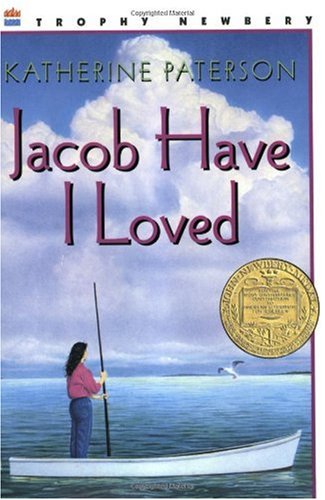