The Earth, My Butt, and Other Big Round Things by Carolyn Mackler | Teen Ink

The Earth, My Butt, and Other Big Round Things by Carolyn Mackler

Being a senior now, I've driven many miles and learned many lessons about life. All I wanted throughout junior high was a tiny tummy and big boobs; being a thicker woman, I've dealt with all the drama of being heavier than a lot of girls in my grade. The world teaches young girls and adult women to look and dress a certain way. They're taught to be replicas of one another, to have no differences. I felt pressed to super-model standards if I wished to be accepted, but didn't have the drive to starve myself. One day in my freshman year of high school, I realized that if someone is going to talk trash about me, they would talk it no matter what physical flaw I have. During this year, I found out that my mother, who is heavyset, was diabetic. Her doctor told me I could become diabetic also if I continued my lifestyle. Since then, I've done my best to stay healthy but not because of what others thought.

I've seen so many women destroy their bodies trying to match impossible magazine model figures, women who have died trying to become thin or who have gone through crazy cosmetic surgeries. Carolyn Mackler's novel The Earth, My Butt, and Other Big Round Things is an amazing book about a girl named Virginia who goes through trauma with her body because she wants to become the world's vision of beautiful. She realized how unhappy she was because losing weight was an extremely hard battle for her. To loose weight, she had to stop eating all together because she had a slow metabolism. When she stopped eating, she was drained of energy and didn't feel like herself anymore. She rebelled against her family and bit her guy friend's head off because she was so grumpy. In the book, Virginia deals with a girl called Brie that makes herself out to be the girl who has it all. Virginia finds throughout the book that Brie may not be so fortunate; when Virginia walks in on Brie gagging herself in the bathroom, she wonders, “Could Brie have an eating disorder?” (153) For many young girls like Brie, being fake isn't beauty it's insecurity.

When you can accept yourself in this world, you learn to accept all the hateful people in it. You have more drive and confidence when you accept yourself, just like Virginia. “You do exactly what you want. Maybe it means whatever I want it to mean, like taking care of myself and not letting people walk all over me” (245). When you're down on yourself, you don't take the time to find people who love you, for you.

Many girls with any physical flaw feel the need to punish themselves. Virginia's character would help them understand that if people can't see them for who they are, those people aren't worth their time anyway. By the end of the book, Virginia accepts herself enough to start a relationship with Froggy Welsh, the boy she had liked throughout high school. “So I lean forward, close my eyes, and kiss Froggy Welsh the Fourth. Right on the lips. Right in front of everybody” (246).

Many young women will read this novel and get a two-second spurt of confidence, then bounce back to their old habits. In the case of accepting who you are, no one can make that choice but the young women themselves. Women should be thankful for what God has given them, not drown themselves over what they don't have. Besides, how boring would the world be if we were all the same? 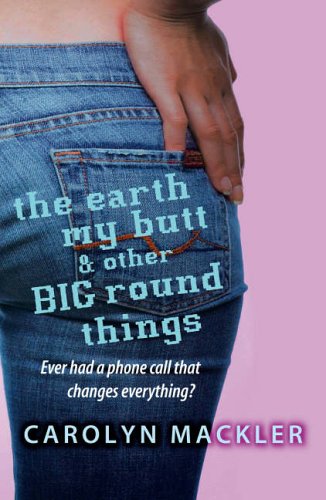