The Clique Book 1 by Lisi Harrison

Cliques rule the school, and in The Clique by Lisi Harrison, Massie's clique is no different. "There's Massie Block, with her glossy brunette bob and laser whitened smile, Massie is the uncontested ruler of the clique and the rest of the social scene at Octavian Country Day School, an exclusive private girls' school in Westchester County, New York. Massie knows you&#39d give anything to be like her. Dylan Marvil, Massie's second in command who divides her time between sucking up to Massie and sucking down Atkins Diet shakes. Alicia Rivera, as sneaky as she is beautiful, Alicia floats easily under adult radar because she is so 'sweet'. Would love to take Massie's throne one day. And just might. Kristen Gregory, she's smart, hardworking, and will insult you to tears faster than you can say 'my haircut isn't ugly!' Enter Claire Lyons, the new girl from Florida in Keds and two-year-old Gap overalls, who is clearly not clique material. Unfortunately for her, Claire's family is staying in the guesthouse on Massie's family's huge estate while they look for a new home. Claire's future looks worse then a bad Prada knockoff. But with a little luck and a lot of scheming, Claire might just come up smelling like Chanel No. 19…” With girls like these, “the only thing harder then getting in the clique is staying in!”

When Claire Lyons moves into Massie Block's guesthouse, the claws start flying. With the Pretty Committee (Massie's clique) plotting and scheming against Claire's popularity and Claire plotting against the Pretty Committees rise to alpha status, Massie and Claire are anything but friends. Although their mothers try to make them get along, Massie and Claire continue to out do each other with stunts that are bigger and meaner than the last. The feud gets so bad that Claire starts to wonder if she really wants to be in the Pretty Committee with Massie, Dylan, Alicia, and Kirsten, or will she decide to stop the fight and be mark as a LBR (loser beyond repair) for the rest of her OCD days?

I recommend this book to anyone who likes drama, misconceptions, and first impressions gone badly. With instant messages, texts, PDA entries, and more modern technology used to write this book, the reader feels like they live in Westchester County, New York, alongside the characters in the book. I think that this book is magnificently written and I couldn't put it down the moment I started reading it. After finishing this book, I ran out and bought or borrowed the next books in the series. For more books in this New York Times bestselling series check out Best Friends for Never, Revenge of the Wannabees, Invasion of the Boysnatchers, The Pretty Committee Strikes Back, Dial L for Loser, It's not Easy Being Mean, Sealed with a Diss, Bratfest at Tiffany's, The Clique Summer Collection; Massie (April), Dylan (May), Alicia (June), Kristen (July), and Claire (August), and check out The Clique Movie due at the end of 2008. Read this book and see why I give it two-thumbs up. “The Clique”, a great read that everyone will love. 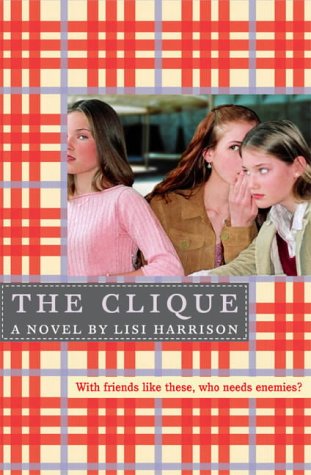