Richard Leakey's novel The Origin of Humankind is an interesting book. When writing this book,Richard Leakey didn't only ask when or what happened, but why it happened. He had some very good views on each species of human prehistory and answered some very difficult questions, such as what is the precise shape of the human tree? , what caused the dramatic increase in brain size? , when did sophisticated language evolve? He backed up each answer he had for every question well. He talks about the first humans 7 million years ago and Homo erectus and how we evolved from them.

In the first chapter Richard Leakey discusses how Charles Darwin influenced anthropologist and how new research has revealed our evolved intimacy with African apes. He talked about Charles Darwin's famous paper that he wrote Origin of Human Species. In contrary to the creationist theory Darwinism states that man evolved slowly from apes. Richard disputes the creationist theory, agreeing with Darwin that we also evolved slowly from apes. Darwinism's theory on how we evolved from apes is discouraged by some that believe that we didn't evolve, god placed two people on earth and they took it from there.


Researchers say that this evolution was linked as man stood up to hold weapons ,when he had weapons he needed his teeth less, his mouth got smaller, and everything got easier, but how true is that? Do we really believe that evolution was linked so man could stand up and hold weapons? Did weapons really make everything easier or worse? The fact that this theory is telling us that weapons changed the way we evolved that, that's how we got smaller jaws and mouths and how everything got easier because of the weapons we finally thought of to make is completely discouraged and untrue now with all the research that has been made over the years.


Bipedal apes, The first apes to walk on 2 feet rather then on all 4's, but they still were not human they still were ape like the only thing is they could walk on 2 feet. It is thought to be more energy efficient on their 2 legs then to walk on all 4's, when comparing apes and humans. Two other good reasons are it was thought to be a better cooling system and they could look over tall grass. 7 million years ago, the first humans looked a lot like walking on 2 feet baboons. The goal of evolution is not long-term. Species evolve because of immediate environmental concerns, such as the dying off a species.


Then they found Lucy. She was a mature adult, she was only 3ft tall, ape like, and she had long arms and long legs. Her remains were left untouched by time. Until Lucy, anthropologist had no evidence of bipedalism, prior to 2 million years ago. Lucy walked on 2 feet 3 million years ago.


Richard leaky explained that there 5 parts to the food sharing process.1. A bipedal mode of locomotion, 2.Spoken language, 3.Sharing food, 4.Living in a home base, 5.Hunting large prays. A discovered camp provided the social focus, at which food was shared, early man might have been a hunter or scavenger, but their social activity at camp was most important. The food sharing process was an explanation that social activity was very important to how we got to be here now. Leakey describes that Australopithecus's social activity at camp was

Binford thought that systematic hunting started only when Homo sapiens evolved. He also thought that early Homo species weren't like modern humans and that we evolved in a short period of time. In contrast Binford's theory to Darwin and Leakey's theory of the thought that we evolved over a long time period and slowly up the evolution scale.

Hunter or scavenger? There is compelling evidence that man was a scavenger. The first example that was given was the scraping of the meat off the bone. Second, the connection between bones and stones is the stones smashing the bones and scraping the meat off. Third, stone flakes were found and put back together to show that humans were making tools in the same area where they were scraping the meat off the bones. This proved that there was a central location where they brought food back to make stone flakes. So it was thought the humans were doing more scavenging then hunting they weren't advanced hunters and scavengers 2-4 million years ago.

Neanderthals, they lived from about 135,000 to 134,000 years ago. The fossils that have been found from 135,000 years ago all have evidence to be more advanced then Homo erectus. As culture evolved so did our brains, which made our culture more complex. Sub-Saharan Africa was identified as the most likely place where the first humans evolved. Scientist thought for multi-regional evolution to work they would have to constantly been breeding for a long period of time over wide spread land. Neanderthals were less apes like but had protruding eyebrows and had long arms and legs, their back was kind of hunched, the back o their skull was a bit larger then now and they didn't know how to talk although they started to create a spoken language by using grunts. They were more advanced in hunting and scavenging then the other homo geniuses. Neanderthals were one step before being Homo sapiens but they soon died off they didn't live long and all died supposedly because of the ice age, but how can we really be sure?


In conclusion, I learned about human prehistory and how we evolved to be the complex humans we are now. How Charles Darwin influenced the anthropologist. About Bipedal apes and the first apes to walk on 2 feet. The first advanced human the
Australopithecus. I learned about the discovery of Lucy. Leakey also told us about the 5 part to the food sharing process, about Binford and all his theories on how we evolved. I learned a lot about Neanderthals and how they were considered scavengers rather then hunters. 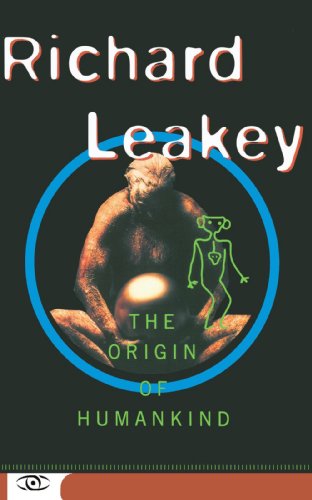