Have you ever seen someone been made fun of or emotionally attacked for something they are apart of or believe in? Have you ever seen someone been scorned by someone who doesn’t even know who that person is or how they act? Well if you have not just watch almost any sporting event these days. Today’s society has taught us that there are no limits to personal privacy and how far fans can go in regards to opposing teams and players.


The state of North Carolina is the best example and is home to one of the biggest rivalries in sports. The powerhouse colleges of Duke and North Carolina are separated by just 8 miles. Durham to Chapel Hill is only a 10 minute drive but there is more bad blood between these two cities than any other. It’s very simple; you’re either a Duke Blue Devil Fan or a North Carolina Tar Heel fan. You cannot be both and you must do everything possible to assure the other team loses. Duke fans, or “camren crazies” as their called in Durham, do everything they possibility can to show their hatred towards North Carolina. At games they all stand in one huge group near the floor trying to distract their opponents. For example, they jump up and down behind the free throw line while the opposing team is shooting free throws. You do anything you can to beat North Carolina.

On the other side, North Carolina fans try doing the same. However their methods have grown inappropriate and escalated to a state that should not be allowed. But can you blame them? They have never been punished so why stop. For example, one of the greatest college basketball players of all time, J.J. Redick attended Duke for four years. He is by far the most hated player by fans of North Carolina. In 2005 in Chapel Hill fans tried to get J.J. to miss free throws by chanting saying while he was at the line. During the game the Tar Heel fans chanted “F--- you J.J.”, while he was shooting. How can this be allowed? Another fan held up a sign saying “Hey J.J., tell your sister the s-- was good”. J.J.’s sister was five at the time. These fans do horrible things without knowing these players on a personal level. Why should they be allowed to say what they want when players can not respond to the fans without receiving a suspension? I respect passion for your team more than anything but there is a line between passion and cruelty.

In 2003 the greatest basketball player ever, Michael Jordan, competed in the Duke-North Carolina rivalry. He is best known for hitting a big shot and running the court with his tongue hanging out. How did the Duke fans respond to this? They brought tongue depressors to the game and threw them on the court when he made a shot. Unfortunately, that was not the worst that occurred.

The same Duke fans held up signed making fun of Tar Heel Mike O’Koren. Mike has just been diagnosed with a deadly skin condition. They held up signs reading, “OXY-1000 poster child”. This man has just been told the worst news of his life. He is going to die of the condition and he goes to his game and looks up to see signs reminding him of it. These people that don’t even know who he is are holding signs that attack him. What makes the fans able to connect with the players like this? Why should they be able to demise players? In my opinion the worst act came when a North Carolina player has just been accused of a sexual assault and the Duke fans replied by bringing and throwing condoms and women’s underwear onto the court. The charges were dropped which means he was not even guilty. Fans act like they are best friends with these stars and that they know everything about these people. Someone needs to make a stand and not allow these fans to speak their mind. When fans have nothing else to chant they simply yell, “Go to Hell Carolina, Go to Hell’. I could never picture attacking a person I don’t know on such a personal level like these fans do. What makes athletic competition grounds for inappropriate behavior?

What are the higher authorities thinking when they turn on the TV or attend a game and see these horrible things? Duke and North Carolina are just a fraction of the problem going on. Love your team, root for your team, but don’t go too far. This needs to be the new message the society portrays. Punishments need to be given to the schools, teams, organizations or clubs that have these fans yelling or holding signs that portray or imply inappropriate behavior. Any offence should be followed by a punishment of zero fans being allowed in the new game. Make their team play in an empty gym and maybe the fans will realize they can not keep doing what their doing. If we are not careful we may get to a point where sporting events must be shut down because the fans think they have the right to go as far as they want. I know that I would do anything to see my Minnesota Vikings win the Super Bowl. And when I say anything, I mean anything in the confines of being respectful, honorable and just. And doing it in a way that doesn’t degrade my team in return. Why does society allow the average fan to think they can say whatever they want to people they know nothing about? 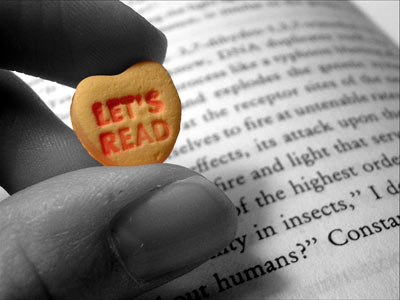 Favorite Quote:
"Success is not final. Failure is not fatal. It is courage to continue that counts." - Winston Churchill

Favorite Quote:
Smile even through your tears
:)
*
*