When a Right Becomes a Duty. The Right to Die. | Teen Ink

When a Right Becomes a Duty. The Right to Die.

Of 2203 respondents, 49 percent responded to a poll in Parade Magazine asking if death was intimate should a doctor be allowed to end a patient's life saying yes. In a similar survey responded by seriously ill patients 48% said all resources should be used to save them. However, in the same survey only 7% the patients' doctors agreed. Obviously the right to die is an ethical debate that many are either strongly for or stalwartly against. Morally making a decision involves exploring what is happening, how it is done, when it is done and the motivation behind it. In this case, what is happening is the intentional killing a dependent human being for their apparent benefit. How it is done is decided by the patient. When it is done is when a person is vulnerable and in pain. Our motivation behind it can be argued.

One question brought up by this debate is 'Are we important only if we are making a contribution to society?' In the Dred Scott case the Supreme Court declared that blacks were not people, the social engineering of physicians and geneticists of Hitler's Germany used euthanasia to create a 'supreme race.' A more recent incident would be the Terri Schiavo case, through her questionable state of health and the question of who would decide her fate, living wills have been created to decide what medical treatment is wanted and whether or not fluids and food should be used.
'If we ever decide that a poor quality of life justifies ending that life, we have taken a step down a slippery slope that places all of us in danger-This is not merely an intellectual conundrum, this issue involves actual human beings at risk' -C. Everett Koop, M.D. The slippery slope theory is a popular one that states that if this is allowed we cannot guarantee that the weak, vulnerable, demented and other wise 'money suckers' will not become 'unwilling objects', problems aren't solved by getting rid of the people the problems happen to. Many have viewed the right to die as a hospital ethics committee stating that your 'quality of life' doesn't meet their standards and therefore you life isn't worth living. In a letter to Newsweek from the Hemlock Society said 'To kill Henry, even out of mercy, would be murder in the worst degree.' One thing that should stop any forms of euthanasia immediately is the Hippocratic Oath. The Hippocratic Oath is a model of professional conduct which reads 'I will neither give a deadly drug to anybody if asked for it, nor will I make a suggestion to this effect.' Also, medical doctors are not psychiatrists, the majority of people have wished, some more than others, they could die so they wouldn't have to face a difficult situation. "I know many individuals with significant disabilities. A number of them have tried committing suicide in the past and are now thankful that a mechanism wasn't in place that would have assured their death, because they got over whatever was bothering them at the time and are happy with life again.", a quote from Bob Liston. Depression is a treatable disease whereas suicide is not.

There are three arguments typically used to support the right to die. First is the Economics Argument, this argues that the cost of keeping people alive is exceptionally high and therefore should be avoided. Next, is the Mercy Argument which argues we should spare anyone who is suffering if at all possible. Lastly is the Self-Determination argument which argues that everyone has the right to determine their own fate, including their level of care while dying. Another argument less commonly used is that when our pets are in pain and death is intimate we put them down, peacefully end their life with no care as to how they feel about it, the argument here is that can we humans not bring ourselves to treat fellow humans in the same dignity that we treat our pets with? The right to die is becoming increasingly more popular, more than half a dozen states are currently discussing legislation.

To help prevent the right to die from becoming legal many organizations are promoting a Will to Live which includes the name of someone you would want to make health care decisions for you and decide what type of medical care would be best in a situation that you could not decide for yourself. One of these organizations is the National Right to Life Committee which has opposed infanticide and euthanasia with the same drive with which it fights abortion. However, it has been observed that in most states even if you want life saving medical treatment or something as simple as food or fluids, there is no guarantee that your wishes will be honored, even if previously stated.

So if the right to die was granted where would the line be drawn? Obviously the right to die could be taken completely out of proportion and has been in the past. And we must ask ourselves, how long will it be before our 'right to die' becomes our 'duty to die'? Typically, the indistinguishable line has been placed between passive and active euthanasia, intentionally causing death by performing a lethal injection.

All in all euthanasia, whether voluntary, non voluntary, assisted, by action or omission, is the ending of a sacred human life. All diseases have a possibility of diminishing and all humans have a voice. A doctor promises to sustain life, not end it, even if requested by a patient. As humans we should respect the wishes of others but know when more care is needed and not the opposite. 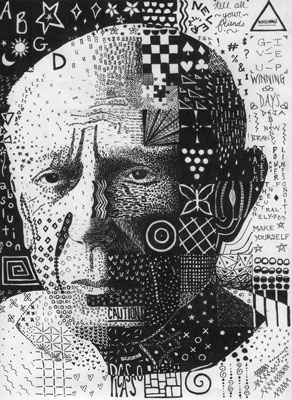 The author's comments:
This is a paper I wrote for my ethics and morality class. It is about the right to die and my opinion on it. I tried to include the other side because although my the assignment was to explain our opinion my teacher only shows one side to everything and I wanted to show her there were two.
Post a comment
Submit your own

Favorite Quote:
I believe that no matter who you are we all leave footprints on this Earth

I hope this gets published in the magazine.