Favorite Quote:
"You could say this advice is priceless. Now...if you trust in yourself...believe in your dreams...and follow your star...you'll still get beaten by people who spend their time working hard and learning things and weren't so lazy." ~Discworld

The Hunger Games movie is a very big deal all over the world, not only among teens, but also among adults. Unfortunately, lots of people have been attacking it. They say things such as, “I feel like a bad mother for bringing my children to The Hunger Games” (Sibary), or “My daughters have been mortally wounded by the contents of this movie” (Pols). These comments are obviously written by people who only look at the surface of the plot. There are lots of parents who are not allowing their children to watch The Hunger Games movie for the wrong reasons which I think, on their part, is a big mistake.

The movie is about a heroine called Katniss Everdeen who has volunteered to attend the Hunger Games in place of her sister. The Hunger Games is a reality TV show in which 24 teens are put into an arena to fight to the death, and only one of them comes out alive. This may seem very gruesome, but that is only if you watch it at a superficial level. If you look deeper into the story, you can see it as much more than that.

People think that there are only two points in this movie. One is the love triangle between Gale, Katniss’ lifelong friend and hunter buddy; Peeta, a baker’s son who joins Katniss in the Hunger Games; and Katniss herself. This romance is what people think attracts teen girls into watching it. What attracts the teen boys is said to be the gruesome fighting scenes. For most people, these are not what attracts them, but the deep morals that it tells. One of these morals is that you can’t let people change you. These words are said by Peeta the night before the games start. This is a very important thing to know in life. Everyone knows deep down inside whom they want to be and what they want to do, but this image is changed by what other people tell them to do. This movie teaches that no one can change you or your way of life. Teens like this movie because they admire Katniss’ spirit of survival throughout the games.

Most people who are against this movie are against it because of teens killing each other being shown as a reality TV show. As one mother said, “Ever since the moment we stepped out of the cinema, I have quite genuinely been worried sick that they may have suffered lasting emotional scars” (Sibary). They think that we teens should not be exposed to all this violence. This shows that these people probably have not paid attention or even watched the movie yet, because in the movie you hardly see any bloodshed at all. Also, in real life there are things much more gruesome and twisted than this. Just by reading the news we learn things that no one should ever have to know.

The thing I am most concerned about is why people are attacking The Hunger Games. Yes, in this movie characters die, but real people die in wars by even more gruesome causes than in the movie. Yes, in the movie teenaged characters kill each other, but there are real teenagers going off to war at about the same age who are never coming back again. So why are people going against The Hunger Games, which is fictional, and not against real life problems such as war and starvation? If they want to prevent The Hunger Games from being watched, they should try to stop everything that relates to people killing each other.

In China, this movie will not be shown in theaters. After some research, I found that this is because it teaches young people to rebel against the government. China is very worried about this because they have to rely on the younger generation to survive, so if they rebelled, China’s foundations would come crashing down. I think that these steps to try and stop the younger generation from rebelling will not work. There are many people in China who enjoyed The Hunger Games as much as the rest of us. One such example would be my life-long friend, YL. I gave her the Mandarin version of the book, and when she found out that The Hunger Games was being made into a movie, she was overjoyed. By not showing this movie in theaters, it could possibly make lots of people angry at the Chinese government. Looking at it this way, not showing this movie is not helping the government, but harming it. 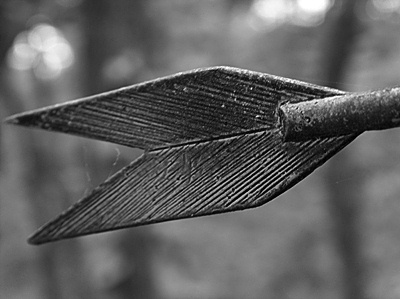 Favorite Quote:
"You are not special; And I am no hero."

Favorite Quote:
live your life to the fullest

Favorite Quote:
"If you can fly, don't stop at the sky cause there are footprints on the moon" - Owl City

View profile
5/5! I agree with everything in this article! You make your opinion very pursuasive. Well written:D