America's war against terrorhas entered its second year. Ever since American Special Forces enteredAfghanistan and began bombing, there has been a lot of opposition. Berkeley,California has always been a haven for liberals and pacifists. My father went tothe University of California there and has told me many times how its residentsare different from most Americans.

Recently, President George W. Bush hasbeen endorsing a war to oust Iraqi leader Saddam Hussein, and many people areagainst it. Americans do not know what it feels like to be ruled by a dictator,to live in a place where you cannot speak or write as you wish, where your mindis controlled by the government. Anti-war Americans have not reminded themselvesthat if they lived in Iraq, their speaking out against the government would betreason, and they'd be killed.

I have often heard my parents' tales ofwhat Taiwan was like during Chiang Kai-shek's regime in the 1960s and 1970s. Theygrew up in a small nation where you were shot and killed for your beliefs, forsupporting democracy. My parents tell me they lived in fear that they would saythe wrong thing and be tortured by the ruling Kuomintang. There were evenTaiwanese spies posing as students at American

universities who reportedback to high-ranking government officials what Taiwanese students were saying.Dictatorship is the worst system to live under.

There are many reasons whyI value democracy and freedom. If I did not live in a country of democracy Iwould not be able to write this or speak against China. The anti-war Americansare selfish in wanting freedom only for themselves. If you asked them if theywould choose freedom or no freedom, they would choose freedom, of course. So whyshould Iraqis not have the same privilege? They probably do not know how crueland evil-minded Saddam Hussein is. He is ruling Iraq like Chiang ran Taiwan. Ifyou compare the two, they have many things in common. They both have secretservice departments that spy on people. While the common people work very hard tomake a living, the leaders are prosperous with too much power.

And arethose the only reasons to liberate Iraq? No. America says Hussein has weapons ofmass destruction. Better be cautions, doves. You'd rather go to war in Iraq withas few casualties as possible than risk the possibility of high casualties,perhaps even innocent civilian deaths, just because you didn't crack down onHussein's regime.

Hussein and Chiang are among the worst dictators theworld has known. Too many have died at their hands. America, with Great Britainand other influential nations, should join hands in liberating the Iraqi peoplefrom the harsh regime of Saddam Hussein. America and its allies are helping theworld achieve peace by supporting war against Iraq, which is war against terror.And if Iraq does have weapons of mass destruction, Hussein is a great threat tothe world. He is a leader with mad ambitions, just like the terrorists. RecallPresident Bush's speech to the United Nations General Assembly last September:"Our greatest fear is that terrorists will find a shortcut to their madambitions." I suspect that Hussein supports both terror and a religious waragainst the United States. But before we send our troops to fight, we must thinkabout how many casualties there will be. We must be cautious not to make the samemistakes we made in Vietnam.

I hope that peace can be achieved before Idie. Without peace, civilization will not thrive in the world. According to aNewsweek article (international edition), most people wish that an Americaninvasion would come. What we hear about the Iraqi people opposing war is false.They are under the watch of government officials when expressing their opinionson television. As a superpower, America should take the lead and stop an evilleader. When we free and liberate the Iraqi people, we will spread peace andfreedom across the world. 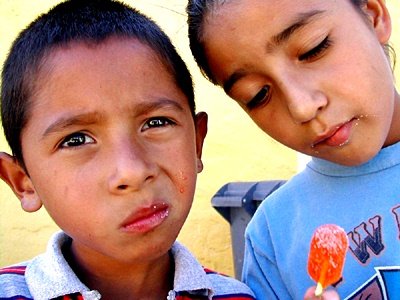