I can say a few sentences in Finnish. I am proud to announce that I can fluently say, “I'm sorry, I don't speak Finnish. Do you speak English?” If someone was to tell me one year ago that this summer I would be sitting in a sauna with twenty Finns, sweating like crazy in 180 degree heat, I would laugh. If I knew that after sitting in the sauna I would sprint outside and jump into the Baltic Sea, I would cry a little inside. You see, I do not really like heat. Or lakes. So how did I find myself in a sauna, surrounded by au natural Finns hitting themselves with birch leaves to increase blood flow?

Early in the year, the Finnish ambassador from Washington, D.C., awarded me a full scholarship to live in Finland for two months. The ambassador's goal was to bring Americans to Finland in order to strengthen diplomatic relations between the countries. While I lacked knowledge of Finland, I hopped on a plane, believing that the best way to truly learn about a place is to go there.

Every day I picked berries and baked with my host mom. My host father and I worked on his vintage car, later driving a newly-wed couple to their reception. I was able to speak with them about a number of topics, including American politics and gender equality in the Finnish Parliament. My host parents became like a second set of parents, and seeing Finland through their eyes was both educational and exceptional. My teenage host sisters and I spent our summer swimming in lakes, attending festivals, and visiting summer cottages. They found a violin for me to borrow, allowing me to share my passion for music with those I met in Finland. Through music, I found a way to communicate without words.

It was amazing to go to a rural town where few outsiders have ventured. I had the opportunity to teach the people I met about the U.S. and our traditions. Visiting Finland fostered my passion for working in an international setting and allowed me to explore my love of culture. I gained independence, confidence, and new forms of communication. As a 17-year-old female who knew little Finnish, boarding and exiting trains alone in Helsinki became quite the feat. I acquired a great deal of maturity, a curiosity for learning, and an appreciation for new experiences.

In Finland, I played violin in fields of mustard flowers, ate ice cream on the steps of ancient churches, and learned a phrase that translates to, “Hey cookie, why are you standing there crumbling?” (I still don't understand.) When I went to Finland, I didn't know where I was going or what I would find there. But discovery is the best part about a journey, isn't it? Finland had a story to tell, and I was willing to listen. 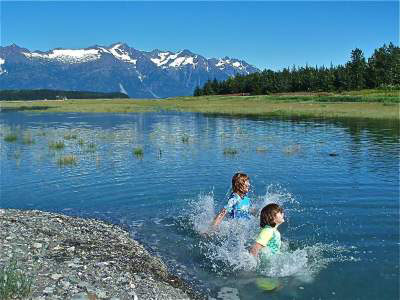