I Remember: The Monkees | Teen Ink

I Remember: The Monkees

Not many teens nowadays can say that they know who The Monkees are. Fewer still could name off the band members. And how many Gen Z kids do you know who could list off even 1 of their songs, or who watch the show?

The world has forgotten The Monkees. And I haven't. And that's a hard place to be stuck because most everyone who knows what I'm actually talking about will probably be dead within the next 10 years.

For as silly, random, and seemingly meaningless as The Monkees is, it's tragic that we're losing a piece of culture so beloved. Almost any person over 60 who you ask about The Monkees will say, "Oh yeah, I remember watching them. Every Saturday morning...".

The Monkees have influenced our culture today. A character in Star Trek was based on Davy Jones(but probably taller because that kid was 5'3), the song 'I'm A Believer' was written by The Monkees, and the majority of the older generation, those who shaped our world, were shaped just a little bit by The silly, random, and meaningless Monkees.

I'm not asking for you to spend hours upon hours obsessing over them, or to learn who they were, or to listen to any of their songs. I'm only asking you not to forget, not to lose our past, not to turn away.

My name is Dawn, and I remember The Monkees. 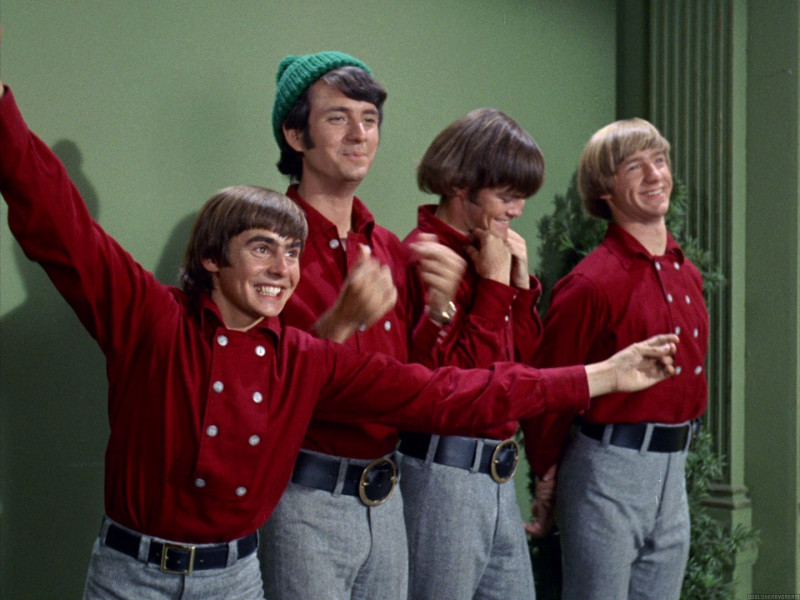 The Monkees were a band/tv show in the 60s. they went hippy early season 2 and then they werent so great, but before they started wearing Persian rugs and 20 necklaces a neck, they were good, clean, and funny.

I just really want to express somewhere somehow that The Monkees aren't dead(i mean show verse, Dolenz is still alive as I write this. RIP Peter Tork, Davy Jones, and Wool Hat- I mean, Mike Nesmith) and that somebody still watches and listens. though I guess I can't call myself a fangirl because I don't have a crush on Davy.

I wonder if I'll look up a picture for the cover image or just use one of my screenshots of princess Gwen...(princess gwen was nesmith in a wig that one time they did a fairy tale and were probably high because it was after they went hippy. fun fact, they were better before they went hippy. dont do drugs kids, or you might end up able to watch the movie head(translation: the monkees made a movie called head. aside from the fact that the writers were literally on drugs and its literally just a couple random scenes with no transition or continuity, i like to call the movie itself a drug. its weird.). drugs= bad, monkees= good, drugs + monkees= me wanting to cry.)

so i know i said i wasnt asking you to listen to their music, but if you're intrested here are some of my favorites:

View profile
i dont have a problem!
anyhow, i dont have a crush on any of them, which is more than most teenage girls who dig them can say.
Lydiaq ELITE said...
on Jan. 22 at 11:00 am
Lydiaq ELITE, Somonauk, Illinois
142 articles 42 photos 1009 comments

View profile
Yeah, I know about you and the Monkees...