Looking back now, I never realized, how much she was worth. She was always there. She was… Here. Nothing I can do about it now. Nothing but look back.

I looked for resources. Ways to find out, “truth”. I had no way of knowing if what my eyes were going over was a fact. Was correct. Was, real. And up until today, I still don’t think it’s right. It’s wrong. Terribly, terribly wrong.

I finally came to the conclusion. Death is God’s way of saying, your fired. I went over my analysis many times. Each time coming back to the same thing. Same question. Same misleading answer. She was a hard worker, she did her job, and tried her best to help others do theirs. Why would he fire her? Some said she had a warning.

People told us, it was her time. People told us, there was nothing we could do. People told us,… she was in a “better” place. Why now? She had so much planned. So much to say so much to do, why would she chose now? Is this a test? If it is, my darling…please come out from hiding. I can guarantee nobody will be angry.

And after a while. People “forgot”. Liars. You didn’t forget, you hid what your cries were trying to say. You muted out the cracking of your heart. I pity you. She would too.

Looking back now, you were worth every candy on this world but, (yes I remember) only the green ones. You were always there for me. Ill be here when this test is over. Nothing I can do will convince you to come out from hiding. I know that know. All I can do, is look back on you…Macky. 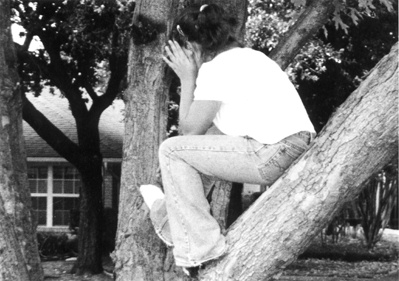