Feelings for someone special | Teen Ink

Feelings for someone special

Have you ever been let down by someone you really cared about? It definitely hurts because, you were so excited to see that person and you were all ready. Then you get the call twenty minutes before you are ready to leave and you hear them say that they can’t come. However, you are supposed to be the better person and understand and say, “Its ok we will just make other plans”. At the same time though when it’s someone you really care about like a boyfriend it definitely hurts inside more then you think it would.

Although, you just tell yourself, “Its fine we will hang out soon anyways so there is no need to get upset. Then once you and that person are finally able to hang out you guys are so incredibly excited to see each other. So you almost wonder if you would have been that excited to see each other the time before that. When you’re hanging out though it almost feels like there is no one else in the world that you would rather be with more then him. Once you guys both go you are so happy to have seen him. It is almost like you feel like your upset that your time ended and you are apart again.

Although, it almost feels like your thoughts are clouded with thoughts of him.
And it almost feels like there is something wrong with you because all you really ever want to think about is him. And how much fun you guys have together and how happy that he makes you when you are with him. However, their isn’t anything wrong with you at all it is just that you really like this boy more then words can say. One thing though that many people worry about, is if he feels the same way about you, that you feel about him.

As soon as he tells you that he feels the same way though it almost feels like a million fireworks explode from around you. And like your head is spinning and you just don’t really know what to say anymore, because you can’t even believe that he feels that way. Although, he is probably in shock that you feel that way about him, so he is probably so excited too he just may not say it.

However, if you feel that way about someone and you aren’t sure if they feel
that way because you don’t want to just flat out ask them. An easy way to tell if they feel that way, they will show you in little ways. Sometimes people are able to spot it right away but many people really have to kind of pay attention to what is happening. Lots of times though it is just simple stuff like always wanting to be their for you, or always wanting to talk to you, and just like little simple stuff like that. Although, many people may say that,” they like there best friend so that stuff is always happening”. At the same time though they will act a little bit different around you if they really like you. 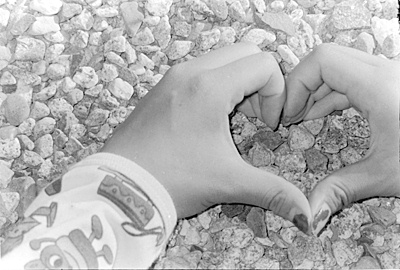