The first Lockheed Martin F-22 Raptor model was built April 9th, 1997. Since then, it has been developed and made more technologically advanced than any other fighter jet. So, how does this aircraft work, what are its capabilities and accomplishments, what kind of technology does it have, and can the F-22 be matched by another fighter jet? (F-22 Modernization).

The F-22 Raptor is an air-to-air combat fighter jet used in the U.S. Air Force’s Global Strike Task Force. It was introduced to the Air Force on December 15th, 2005, with groundbreaking qualities. This aircraft has the wingspan of 14 meters, the weight of 19,700 kg, and the range, distance it can travel without stopping for fuel, of 2,690km. It can travel twice the speed of sound, Mach 2 or 2,414 km/h, and go to heights of 60,000 feet. To put that into perspective, a commercial plane usually cruises around 35,000 to 40,000 feet. This fighter jet was built for agility, stealth for both day and night, range, and all different types of weather. (Lockheed Martin F-22 Raptor.) The bad thing about this jet is that it costs $350 million to build one, which led to the making of these planes to be cancelled, and the Air Force didn’t need any more air-to-air fighter jets. (Zazulia).
In 2006, the F-22 Raptor team won the Robert J. Collier award, which is America’s most prestigious aviation award presented by the National Aeronautical Association (NAA) annually. David Ivey, the NAA president and CEO, said that the aircraft has “established the unquestionable superiority of the Raptor,” (Wires). The reason this plane is still superior to others, even though it was first built in 1997, is because the Lockheed Martin company keeps upgrading it. The Raptor has got new air-to-air missiles that were developing and being tested for several years and an electric machine gun that can shoot 6,000 rounds per minute. (F-22a Raptor Most Advanced Tactical Fighter). The fighter can also “super cruise” which means it can reach speeds up to Mach 2 without using its afterburners, meaning the plane can travel faster and for longer distances using less fuel. (F-22 Capabilities).
The F-22 Raptor is not the fastest fighter jet, but compared to the Lockheed Martin F-35 Lightning II, max speed Mach 1.3, it is pretty fast. The F-35, like the F-22, was built for all weather stealth and air superiority. The F-35 costs $94 to $122 million, that is considerably less than the $350 million for the F-22. But the Congress has ordered the Air Force to reconsider the cancellation of the F-22 Raptor because it is more superior to the F-35 Lightning II, despite how much more it costs. (U.S. Fifth-Generation Fighters).

What I like about this particular aircraft is the way it’s built and the reasons behind every little gadget or something as simple as what color it is. The aircraft is small, compared to others, and the wings are designed to give less air resistance so the plane can travel faster and use less fuel. The color grey is perfect because it can blend in with its surroundings at any time, day, night, rain, or shine. I love the way it looks and how it works, planes in general fascinate me.
In conclusion, the F-22 Raptor is one of the most technologically advanced fighter jets in the world, though it may not be the fastest, it makes up for that with better technology in weapons and equipment. And even though the project was cancelled due to cost, the superiority of the jet may outweigh the cost, and it will be brought back. 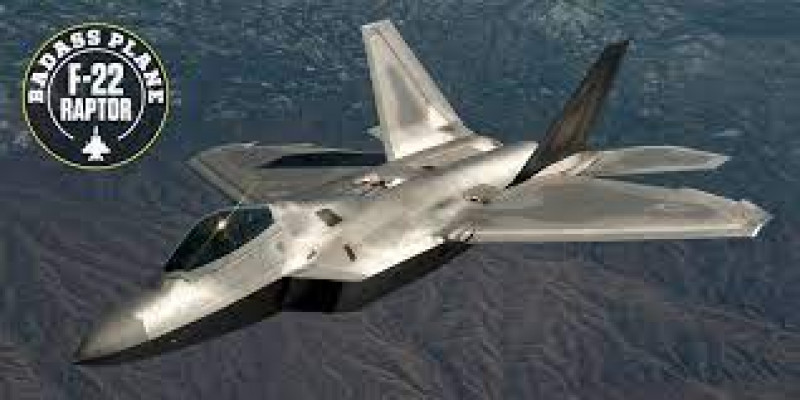