The Silence of Men | Teen Ink

The Silence of Men

All I know is the silence of men.

I know that sitting in a room, there is a woman and a man. The man, busying himself with some paper of another is listen to the woman. She chatters absently about her day and the funny things that happened. He smiles and nods occasionally.

It's said that men cannot multi-task. That is not true. They just always look like they aren't.

She stops and looks at him. He does not glance up from the paperwork. This hurts, just a little. Just a twinge. As if what she has said was not interesting and not important enough to catch his full attention. Her self-esteem falls, just a notch. In an attempt to regain it, she pushes to conversation forward. He answers in grunts and nods.

It is said that men are less emotional than women. That is not true. They just don't like to show how weak they can be to the women they want to be superman for.

If asked, he could repeat back to her every word she has said. He could rattle off the people she had spoken to, how much change she dropped down the heater vent and what breed of dog she saw on the highway. He could tell her that her hair is now an inch shorter, that her eye shadow is a different shade and that her shirt is new and looks beautiful on her. He doesn't, though.

It is said that men are constantly obsessed with the thought of sex. That is not true. They just like the thought of being with her in the most honest way they know.

In his mind, these are not constructive or important to the conversation. In his mind, these things do not need to be said. All he sees is a beautiful woman, and can't imagine that she sees anything different. So she continues to talk, and he listens. Once he looks up and watches her lips move. For that moment, he loses the words, but he gets them back after a pause.

It is said that men don't know how to communicate. This is not true. They just can't seem to find the words that fit around everything they want to tell her. This I know.

I know the silence of men. 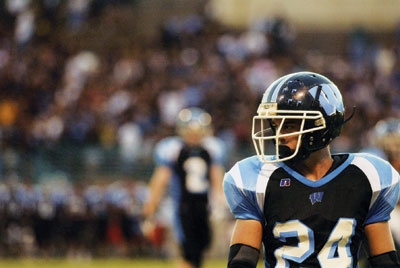 The author's comments:
A little clarity for the women out there.
Post a comment
Submit your own