The Problem with Paula Deen

My mother subscribes to the magazine Prevention, which is all about eating healthily, exercising, and factors in a healthy lifestyle. Normally, the cover features a health guru, who is fit and eats well. However, this month I was appalled to see Paula Deen on the cover. She has had two television shows and 14 cookbooks, as well as products ranging from saucepans to butter-flavored lip balm.
She recently got diagnosed with Type 2 Diabetes, as many people know. In the interview with Anne Underwood, she said that “I don’t recall coming out of that visit with a lot of literature [about lifestyle changes]. She just started me on the drug. I had a lot to learn.” She also mentioned that she was upset about the news in this quote, “Is this life I love going to be taken away from me? Will I have to go on a diet and lose 50 pounds? Am I never going to be able to eat anything good ever again?” She is currently endorsing with Novo Nordisk, a company that manufactures diabetes medicine, as well as hormone replacements.
In addition, she said, “I don’t want 25 million people out there with [Type 2] diabetes blaming themselves. This is not something we chose.” She added, “I’m not much one for losing low-fat products. I feel like I’m being deprived”. Furthermore, she declared, “I would start drinking it [sweet tea] at 11 o’clock in the morning, and it would be on my bedside table when I went to bed. I figured I was consuming 1 cup of sugar a day just in my sweet tea”. Nevertheless, she stated, “Yes, yes, I love butter.”
I got very upset when I read the interview. In addition to the fact that she has been promoting unhealthy eating on her T.V. shows for years, I have a personal aversion to anyone who portrays themself as a tragic sufferer of Type II diabetes. You might wonder why I’m so irritated by that, as it’s a moderately small thing to get worked-up about.
It’s because my twin sister has been suffering from Type 1 diabetes for nine years. Unlike Type Two, you can’t change it. Our lives are regulated by her finger pricks and set changes, and the constant beeping of her insulin pump and glucometer, telling us that her numbers aren’t good enough. People with Type 2 diabetes, however, can simply change their diagnosis by eating healthier and exercising. There is a cure for Type 2: live better. It’s their fault that they’ve started the unhealthy habits that give them the “condition”.
People with Type I can’t change anything. It’s not their fault. Their body simply was attacked by a virus and broke down, which caused the pancreas to stop making insulin, and they are then insulin-dependent after that point. They can’t simply take a pill and have it go away. It involves many needles, and has caused seizures, as well as car accidents and unhappiness.
Diabetes is almost always recognized publically as Type 2. Not all diabetics are obese, though. Several of my friends’ parents, as well as my cousin, have Type I. They live very healthy lifestyles, and none of them are overweight. Furthermore, Type I diabetes does not have a cure. Someday soon, hopefully, it will, though. The next time you read something about Paula Deen and her “struggle” with Type 2 diabetes, remember to take it with a grain of salt. 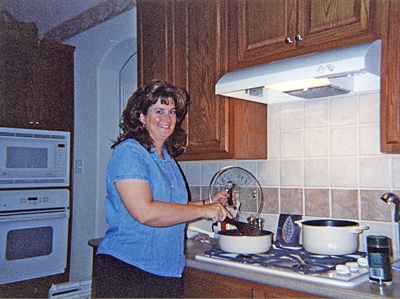