Suicidal: deeply unhappy or depressed and likely to commit suicide. It is estimated one million people commit suicide each year, worldwide, which is almost 3,000 people every single day. 90% of people who are suicidal are medically diagnosed to have a psychiatric disorder. Even so, expressing thoughts of depression and/or suicide has become such a common trend in this era, even among those who are not diagnosed to be depressed, that it is commonly joked about. Therefore, I am going to discuss the casual use of the word suicidal, and what it really means.


In modern times, hearing things such as, “I am going to kill myself”, “____ makes me want to kill myself.”, and  “I wish I was dead.” is a regular thing, especially amongst the younger generation. Logging onto any social media platform it is often seen that young adults and teenagers are casually throwing around these powerful statements like the words “I love you”. In comparison, these expressions reflect intense emotions yet are used so casually. Most students and young adults use the words suicidal and depressed to describe themselves due to their high stress levels and lack of coping techniques. They also sometimes tell others to “kill themselves” or “die”. Humor as a coping mechanism has been long known to people, however, this unhealthy bandwagon has been trending for a few years and is now considered funny to the general public. Those who have attempted suicide log onto social media, and see these dark thoughts being normalized. In fact, no matter where you go you can commonly hear these negative statements from people. Perhaps at school, the mall, or just with your friends.


The origin of the word ‘suicide’ can be dated back to the mid 17th century. It is derived from the modern Latin words ‘suicidium’ which is ‘an act of suicide’ and ‘suicidia’ which is ‘a person who commits suicide’. This is all from the Latin words ‘sui’ and ‘caedere’ meaning ‘of oneself’ and ‘kill’. The word peaked in popularity around the 1950s and began consistently trending in the 2010s. One suggested explanation for the continuous trend after 2010 is that the humor among society became darker, due to the lack of wars and disasters surrounding the community. Whereas the trend around the 1950s can be explained by war, specifically the Korean War. The Korean War took place from 1950 to 1953 which would lead to an increase in suicides for various reasons such as depression or PTSD, a psychiatric disorder.


While in the past suicidal was mostly used to describe psychiatric patients, in modern day times the word is used to describe the average student juggling classes, work, and their social life. For a very long time people have utilized humor in sad or stressful situations to relieve themselves of awkwardness or discomfort. Now, people use this humor directed at themselves, they make a joke of their despair or struggles to amuse others. Today, the common college student that has piling stress from school, work, or financial struggles is lightheartedly joking they are ready to kill themselves after class. The young adult who just landed their first job is telling their friends their boss makes them want to die. Even the young high-school student that is only temporarily failing one or two classes is tweeting about their suicide plot during school. This is one of the effects of the suicidal trend. Among others is the normalization of suicidal thoughts. This has a negative impact on suicidal people who have been taught coping techniques because now it appears to them that many people are also suicidal and openly accept it. Other people have a big impact on our behavior. If a suicidal person sees that the majority of their peers have no coping techniques and are constantly spreading negativity, then that could worsen their depression and attitude towards recovery.


My personal opinion on the common use of suicide-related words is quite negative. The correct use of the word is carefully selected to describe people who have attempted suicide in the past and/or are currently likely to commit suicide. The incorrect use of the word is the way in that many people are using it now. It should not be used to describe someone with relative and/or temporary sadness or stress. Why people have abandoned traditional ways of expressing their current despair is unknown, but we as a society can dismiss this trend as well.


I began this essay with personal connections to suicide. Having two friends who have attempted suicide rather than being sensitive to the subject, I am open to discussion and ways to reach resolution. Writing this essay and investigating the word has impacted my view of society most. It has made me question, how can we as humans with emotions such as sympathy and empathy make such ignorant jokes and statements while others are struggling to push aside their suicidal thoughts and tendencies. After this, I realize even more that we need to address this issue and discuss how we as a community can support people with psychiatric disorders. 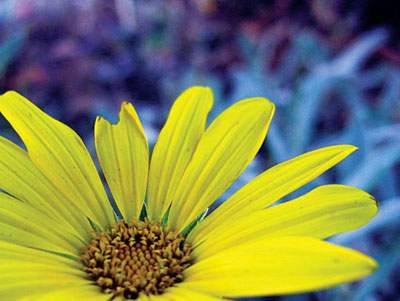 I personally know many people who sruggle with depression and i think we as a community should support them and be careful of what we say. We should take responsibility for our words and what they can do.