These days teens face a monumental amount of peer pressure. Trends in the methods of using harmful products such as tobacco and alcohol change frequently. The latest troubling fad is smoking hookah. The flavored tobacco smoked in a hookah is more palatable to teenagers than cigarettes. There are many myths about hookah smoking. For example, some teens believe that the water reservoir filters dangerous chemicals out of the tobacco, making it a healthy alternative to cigarettes. Although this sounds plausible, it is not true. Hookah smoking is as dangerous as cigarettes, contains the same harmful chemicals, and does, in fact, involve tobacco.

For those who are unfamiliar with the term, a hookah is an intricately designed water pipe for smoking flavored tobacco. Hookahs have been used in the Middle East since the 16th century. Tobacco dipped in molasses or honey with other natural flavorings produces smoke that smells and tastes sweet. A hookah consists of a bowl, body, vase, and hose. The bowl is packed with flavored tobacco and covered in foil, which is perforated and covered with hot coals. Sucking on the hose produces smoke from the tobacco that has traveled down the shaft and through the water. Because the smoke passes through water, many erroneously believe that a hookah filters out the harmful chemicals.

However, hookah smoking contains the same harmful chemicals as cigarette smoking, including tar, PAH, chrysene (a tumor initiator), and phenanthrene (a ­carcinogen). All of these have been known to cause cancer and are also found in ­cigarettes. One hookah smoking session has about double the tar of a cigarette. Smoking hookah can lead to lung cancer and cancers of the mouth and throat. In ­addition, it involves sharing a mouthpiece, which increases transmissions of infections like herpes. Hookah smoking is also a gateway to marijuana use since a hookah can be packed with pot instead of tobacco. When someone begins smoking, it is not very difficult to cross into marijuana smoking, or unknowingly smoke a hookah laced with marijuana.

Regardless of whether smoking a hookah is better for you than cigarettes, all forms of tobacco use can cause cancer. So when faced with the choice to try hookah, listen to the facts, not the rationalizations. 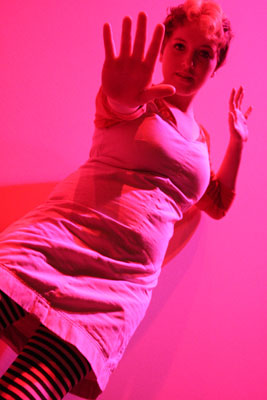 This article has 19 comments.

View profile
i love smoking hukah! Respetfully, i disaggree that smoking hukah is wrong. Hukah is not addictive like cigs. It is something that is done occasionally, just for fun. I see absolutely no problem with it. If people want to do it then so be it. Cigarettes are nasty and they smell, and the second hand smoke also kills. I really want to hear how many people have died from hukah smoke.
person?=/ said...
on Mar. 30 2011 at 5:53 pm
i never will, but this actually makes me want to smoke =/
josec3300 said...
on Mar. 28 2011 at 9:57 am
the author is an idiot
marshal* said...
on Mar. 8 2011 at 2:41 pm
it does hmmmm
ZombieDanceWithMe SILVER said...
on Mar. 8 2011 at 11:17 am
ZombieDanceWithMe SILVER, Rockford, Illinois
7 articles 1 photo 98 comments

Favorite Quote:
“To die is nothing; but it is terrible not to live”

View profile
exactly, dont use it as a scape goat when it has nothing to do with the problem
chase-g said...
on Dec. 10 2010 at 1:24 pm
chase-g, Greensboro, North Carolina
0 articles 0 photos 1 comment
View profile
this article is great because it tells the dangers of smoking and informs the reader about it.
Emily Edmonds said...
on Dec. 10 2010 at 12:58 pm
Emily Edmonds, Greensboro, North Carolina
0 articles 0 photos 1 comment
View profile
peer pressure must be stopped. you can't express who you are if your are doing what everyone wants you to do. it's your life not theirs
runrunrun123 said...
on Dec. 10 2010 at 8:22 am
runrunrun123,
0 articles 0 photos 1 comment

View profile
I know people who do these things and its really upseting! I just want the best for them!
CodBops said...
on Dec. 10 2010 at 8:18 am
CodBops, Greensboro, North Carolina
0 articles 0 photos 1 comment
View profile
This article make me aware of the dangers of smoking a hookah. I thought it was better than smoking a cigarette, but i didn't know it was more harmfull.
CMW709 SILVER said...
on Oct. 28 2010 at 3:13 pm
CMW709 SILVER, Plaquemine, Louisiana
5 articles 0 photos 6 comments

Favorite Quote:
Don't have a cow, just eat the burger.

View profile
This was a lesson learned for me. It definitely made me aware of the dangers of smoking a hookah. I thought it was better than smoking a cigarette, but I didn't know it was more harmful. Thank you for making me aware of this. I will be spreading the word.
SBM706 BRONZE said...
on Oct. 28 2010 at 2:57 pm
SBM706 BRONZE, Plaquemine, Louisiana
1 article 0 photos 5 comments
View profile
I agree with you on this article. There are a bunch of kids at my school who try to use another form of smoking tobacco because they think its "healthier." Like how you say kids where you live smoke a hookah. It's good to know that other kids my age know that there is no healthy form of smoking.
kbuchanan said...
on Oct. 27 2010 at 1:05 pm
Hooka is not a gate way to anything other than more hooka. the only way anyone is going to just up and go smoke weed is if they really want to. Hooka is not in anyway addictive and this article has good facts but you need to not blame marijuana, it is a medicinal drug and also non addictive but maybe to the immature mind.
CastleOfCards BRONZE said...
on Jul. 9 2010 at 7:31 pm
CastleOfCards BRONZE, Secret, Other
3 articles 0 photos 5 comments
View profile
I thought this was great, very interesting, no spelling or grammatical errors, which is a major plus.
saimne SILVER said...
on Jun. 17 2010 at 8:23 pm
saimne SILVER, Cerritos, California
5 articles 0 photos 60 comments

Favorite Quote:
I see humans, but no humanity.

View profile
building on what previous ppl hav said, great facts, but thats all this essay was: facts strung together.
BJlovesHorses97 said...
on May. 26 2010 at 8:13 am
This essay was good but i agree with totalbookworm96. Next time try to make the essay from sounding dull. I had no idea about this new drug and u told me a lot, but essays arent meant to cause someone to sllep. Nice title though.
Smiley!101 said...
on Mar. 6 2010 at 11:56 pm
wow never knew that before...changes the way i see hookah now.
Inkspired PLATINUM said...
on Nov. 9 2009 at 4:05 pm
Inkspired PLATINUM, Whitby, Other
26 articles 0 photos 493 comments

Favorite Quote:
"If one will scoff at the study of language, how, save in terms of language, will one scoff?" - Mario Pei
"I write for the same reason I breathe - because if I didn't, I would die." Isaac Asimov

View profile
I love this article, it gives you great facts. Really well written. I love the title!
totalbookworm96 BRONZE said...
on Jun. 11 2009 at 6:51 pm
totalbookworm96 BRONZE, Granger, Indiana
1 article 0 photos 22 comments
View profile
this was informative yet boring. theres no excitement, no emotion. a lot of people think that because its non-fiction its not supposed to have emotion, but thats not true at all. if you really want people to read your piece, you'll have to spice it up. try writting narrative from the view of someone whos smoked hookah. it could be just as informative, but much more interesting. good luck!