Did you know that on average 1 in every 4 Americans eat at McDonalds? Almost every American has probably at one time or another eaten at one of their 31,000 restaurants or they have at least heard of the mega fast food chain. For decades, Americans have enjoyed their array of menu items. Well, have you ever thought about what you are really eating? Recently, people have been looking deeper and deeper into if McDonalds is really a healthy restaurant to eat at. I propose that customers who enjoy McDonalds food should no longer consume it because it can make you obese, the portions are way too big, there are much better alternatives and the food at McDonalds is practically phony.

To start off, people all over the world that like the McDonalds shouldn’t eat at the familiar restaurant because it could lead to serious weight problems. Hopefully, people who eat at McDonalds will realize it isn’t doing them any good. Considering McDonalds is widely known as a fast food chain, a study published in the Lancet medical journal found those who frequently ate fast food gained 10 pounds more than those who did so less often, and were more than twice as likely to develop an insulin disorder linked to diabetes. Clearly, fast food eaters could gain more pounds especially if they foods that are high in fat, like the food served at McDonalds. Therefore, if you don’t want to get fat, I might steer clear from McDonalds.

The second reason as to why you shouldn’t eat at McDonalds is because the portions are larger than life! As the years progress, the portions at McDonalds are getting bigger and bigger even though you might not even realize it. An article quotes, “When McDonald’s first opened, a soda was 7 ounces. Today, the child size is 12 ounces; a small is 16 ounces, and the large 32 ounces. The problem is, people tend to eat or drink what's in front of them. We also significantly underestimate how many calories we consume. But even when consumers try to do right by their diets by choosing a small or medium of something at a fast-food chain, they may be getting more than they expect,” (Young par 5). Basically, this is teaching us that it is okay to eat what is in front of us, even if there is a lot. So, people should go for the smaller portions at other fast food places instead of McDonalds.

Even though people believe that McDonalds is fast and convenient, there are so many other alternatives. You know, McDonalds isn’t the only fast food restaurant with a drive through. Many restaurants these days have catered to our needs by placing a drive through in to make it easier to get the healthy foods. On that note, people should try to eat at healthier alternatives like Subway or Wendy’s instead of McDonalds. In a study, researchers found that “Subway's meal comes out at 265 calories, while the Big Mac meal hits a gluttonous 1230 calories,” (Foster par 1). Those 1,000 calories can make a huge impact in your diet. It is obviously proven to be unhealthy so people should eat at other restaurants because they can be fast and convenient too, McDonalds isn’t the only one, so don’t feel obligated to eat there.

Last but not least, the food that they serve at McDonalds is not authentic because of all of the extra additives that they have added just for the taste. I believe that there is definitely a difference between real food and fake food. Real food is savory and in some cases it melts in your mouth, while fake food doesn’t even taste and the texture is similar to plastic. People deserve much better than fake food and that is the kind of stuff that you are consuming when you eat McDonalds. I don’t know about you but a sausage burrito containing 50 different ingredients including milk, egg, wheat, corn syrup, and a range of chemicals and preservative agents doesn’t sound very tempting to me. Not only that but the hash browns are cooked with animal products and the bacon contains wheat and soy (“Fast” par 4). I just don’t think that is right. The food that people eat should have real ingredients like potatoes in hash browns, not all those fake preservatives. You wouldn’t cook a meal at home with all of that extra stuff so why would you eat it in town? Much of the food at McDonalds contains extra additives. Even the crispy golden fries we have all grown to love have chemical spray on them just to make them golden. I think that we deserve much better than that. Just because of the ingredients in the food, I don’t think that we should eat at McDonalds.

Citizens that take pleasure in the food at McDonalds shouldn’t eat it any longer because the risk is far too high. It can make you large because of the extra calories and fats that you are consuming. The portions of the food have grown year by year and you may not even know how much food you are actually eating. Also, there are so many other restaurant alternatives that offer a much better selection of food that actually have true ingredients. Last, in most cases, the food there isn’t really true because of all the extra additives and preservatives added just for taste. So, the next time you go to eat at a restaurant and even if a McDonalds is nearby, I would rethink your options. 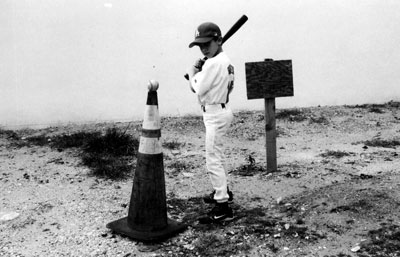 I totally disagree with this! Earlier this year McDonalds was criticized for using ammonium hydroxide as an additive...gross. We pay less there because we are paying for a PORTION of REAL food.

Bottom line, processed foods are always going to be cheaper because suppliers have to pay way less for additives than they would have to pay to provide consumers with genuine, 100% natural food. Thus, the industry will live on and thrive forever unless we boycott processed foods EVERYWHERE, shooting the price up, and bringing the cost of natural food down.  Likelihood on a scale of 1-10: 0! Soooo, yeah McDonalds freaking wins.

Favorite Quote:
Truth is the absence of Lies. -me

View profile
I disagree. Mcdonalds is doing something noone else is doing, charging less for more food. Mcdonalds isn't forcing you to order that big mac. The hamburgers are 50 cents on monday and tuesday, and they are less than 300 calories. They have milk, apples, and wraps, too.
Hockeygirl1234 said...
on Apr. 15 2011 at 6:44 pm

WOW!  I totally agree, I`m doing a speech and some of your ideas really helped, me! Scientists believe eating at McDonald is fine, as long as it`s only twice a month or less. Yes, it is bad for you, but by human nature we can have a treat once in a while!

J. Rae said...
on Jul. 6 2010 at 10:01 am
I am so glad that someone finally wrote the truth about McDonalds! It's so convenient, and has so many tempting options, but is so unhealthy! Has anyone else noticed that their burgers don't tast like actual meat? They have this weird, yet addictingly good texture and taste.