Help Find A Cure For Diabetes

“Mommyyyyy!” your friend’s little daughter wails. “That hurts!” Your friend’s five-year-old girl, Hailey, just got diagnosed with diabetes, and was getting her first insulin shot. Now she has to get those shots thirteen times a day. A couple days later, Hannah feels weak, or “shaky”, so she takes a glucose tab, because her blood sugar was low. Once again, she was screaming. You were wondering if you could help all the kids with Type 1, (which is what Hailey has) and Type 2 diabetes. Will there ever be a cure? Hopefully, doctors will soon find a cure for diabetes.


Diabetes is a disease where someone’s body cannot produce blood sugar. It may be because of the lack of or an inability to use and make insulin. Hailey’s body can’t use insulin, so she needs to get more glucose in her system. When her blood sugar is low, she can eat any food with sugar in it and that breaks down easily. For example, apple juice, glucose tabs, and candy are examples of foods Hailey can have when needed. Every time Hailey wants to eat something, she, or her mom, has to check the number of sugars in the product, and put that number into her pump or pod or system. She will then have to prick her finger or inject herself with insulin thereafter. By the time Hailey turns six, she would have done this at the very least, 4,368 times. How would you like to get a shot that many times a year? I thought so….


Every day, kids and adults get diagnosed with this disease. These people with diabetes have a lot of character traits you probably don’t have. For instance, Hailey will grow to have a lot of patience, for she needs to know how and when to check her blood. She will also have many people repeating the same questions about diabetes. Therefore, patience is very important. Hailey’s responsibility to control her diabetes will increase; she will learn to tell when she is low or high, and when she needs help. Diabetics are stronger in many aspects than non-diabetics are. Even though they are more dependent (on insulin), they are more responsible and patient in the long run.


Did you know that there are eighteen million people in the world with diabetes? No scientist has found out how people contact the disease. Ninety percent of the eighteen million have Type 2 diabetes. Most of those people are adults, who are usually older than thirty. The other one point eight million people (ten percent), have Type 1 diabetes. This type mostly occurs to kids and teens between infancy and mid-thirties. As you can see, Type 2 diabetes is more common than Type 1, so therefore, it’s probably easier to get.


You most likely are thinking, “why spend my money on a disease?” You probably want to use your money on a trip or some clothes, but think of Hailey, and all the other kids with diabetes. Don’t you think kids would love to eat whatever they want again? If you are a parent, you don’t want your kids eating junk food all the time, but it’s as if you were in a jail cell. You can’t do or eat what you want. Help find a cure for diabetes by sending a check or money order to the Juvenile Diabetes Research Foundation (JDRF) at 121 Second Street, Second Floor, in San Francisco, California, 94105. As you donate to JDRF, think about how your money will affect the lives of children around the world today.


As Hailey gets older, you may have raised five thousand dollars to give to JDRF. When Hailey is fourteen, a miracle could be found. A scientist has found a cure for both types of diabetes and Hailey is cured forever! What do you think would have happened if you hadn’t helped Hailey and the others with diabetes? A cure would never be found. Helping diabetes research would mean the world to kids like Hailey around the world. So next time you’re bored and reach for a candy bar, think of the kids who can’t just grab a candy whenever they want, and donate to JDRF and help find a cure. 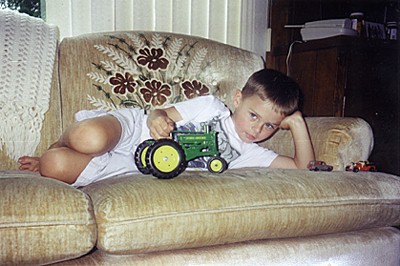 The author's comments:
Stories like Hailey's happen all the time around the world, to kids from newborns to teens and even to adults. Help find a cure by sending money to:
JDRF
121 Second Street, Second Floor
San Francisco, California, 94105
Post a comment
Submit your own