Is Boxing an Unhealthy Sport?

Boxing in America is becoming a problem. It’s understandable that boxing is an unhealthy sport, as someone who was a boxer before like Muhammad Ali he was diagnosed with the disease that boxing can give you. Even though he was the GOAT of boxing, he still had parkinson which can attribute to boxing.

I believe we need to ban boxing because a sport should be healthy which boxing is not a healthy sport. According to scientist a big issue that boxing can cause is Parkinson syndrome, a disorder of the nervous system caused by the degeneration of a group of brain cells involved in voluntary movement. There has been no conclusive evidence that Ali's disorder, which causes tremors, slowness of movement and muscular rigidity, is a result of boxing career. However, boxing form of Parkinson's is associated with head trauma.

Boxing is not healthy because it damages the brain. For example, I used to box and whenever i spar after sparing I had headache and that was happens repeatingly i told my couch he told to go check out with doctor i went there and they told me that i should quit boxing because i had concussions repeatingly if i keep had it my brain was gonna be damaged so they told me to stop for awhile.

Boxing is bad because it harms the body. For example, I’ve seen people who urinate blood.
A liver shot or liver punch is a punch, kick, or knee strike to the right side of the rib cage that damages the liver. Blunt force to the liver can be excruciatingly painful, and an especially effective shot will incapacitate a person. Thus, in combat sports, liver shots often result in technical knockouts and can cause urinate blood.

I agree we should not target the brain in any sport and no amount of juggling with regulation can take away the risk. And we should turn sport to a healthy way that make us healthy and not make us sick or diagnosed with different diseases. 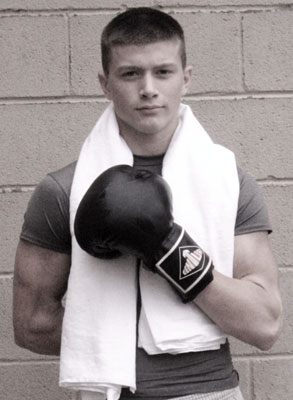