The Story of the She | Teen Ink

The Story of the She

The Life of the She
‘C’mon you know it can’t be that bad, ufffff…’ The little foreign girl told herself.
They all looked at her; they stared at her trying to figure out who she was and what she was doing in the cafeteria. She was strange and they say she was from some country very very far away, probably in Europe. They didn't know what language she spoke or why she moved. They didn't care either. Their mouths whispered about the little stranger. She was ugly, she was fat, she was abnormal, she was atypical, she was different from all seen before. She dressed in strange cloth. Who knew what she was thinking when she dressed like that? Who would accept her like that? Who would accept her either way? She was different and in her different head she had thought that they would at least respect her for what she was, but not.
The nightmare started the in her second day of school in PE. She wasn't athletic and they made her notice it. They made her so uncomfortable and so miserable. She ran away, and slammed the bathroom door exploiting into tears. Her face tuned red and her eyes stopped seen. She was strong, but not strong enough. All the girls that didn't want to be in the team, the one she never had. All the girls that used make up and commented in her back that she didn't use any. All the girls with their perfect American accents and she barely spoke the language. Everything flashed back in her mind:
"Where are you from?" Said one of them.
"I’m from Uruguay." She answered shyly.
"Pffffffff, where is that? Are you from Europe? I heard you speak French." The girl looked at everybody in the gym while saying that.
"No, I’m not from Europe. I’m from South America; Uruguay is a small country between Argentina and Brazil. I speak Spanish." She answered this time with a hint of a smile.
"Oh…" That was all she answered and turned around frowning mockingly.
After the conversation was over, the teacher called. She talked and talked and talked. The shy little girl could not understand because she was too busy ignoring everybody that was laughing at the amount of rings she was using. As soon as the teacher stopped speaking everybody got into groups. And she was left alone.
"Hey girls, I some group should invite Emma to a group." She finished looking at me with the face that she most hates; she was been sorry for her.
"We should invite her" Said one of the girls completely forgetting that the Emma was behind her.
"Oooh please Kristy, why would we do that?" One of the other answered.
"Okay, I was just trying to be nice…" Saied that one that was supposed to be called Kristy. Finishing this the walked away laughing.
"Hey, don’t you worry they are mean because they are ‘Popular’. Lici" She finished with a big nice simile.
"Now I got it! Emma, nice to meet you!" This was the first time Emma laughed.
"I like your name. She’s Amy, so I guess we are a group now!" She say introducing her friend.
"I guess we are." She smiled to the two girls. "What are we supposed to do? Sorry I didn't pay attention to what the teacher said!"
"Don’t you worry, I didn't get what we are doing" Amy said laughing.
Looking back Emma could see something it is rare in this world: solidarity. And the she felt good. There were two persons in a whole school that had been nice to her in her first day. That should be a record for her or something like that.
The days passed and passed and everything just got harder. The ‘popular’ girls made everything a little bit worst every day. All her comments about the She made her crazy and even more fragile. Going to school every day was a torture, and was a necessary torture. Probably the worst was math class because nobody cared about her. Nobody understood that she was a person, with feelings. The typical comments were: "Because I’m a genius" or "I know all of this and I have an A+". Nobody even asked her in what math class she was, so they put her in easy math class. It obvious that everybody would said those kinds of thing about her, she was 2 years advanced from that class. And the fact that no people liked her made the class almost impossible to tolerate. Everybody, everybody laughing at her answer even though she was right.
The only good class that she had was PE. Not even she could believe that. Lici and Amy made everything better, they introduced her to their friends and they helped her out finding classes, teachers and in everything they could. The bulling never stop, it was every day, every time they saw her.
Music. Music was all she had. Music that made her stronger while worlds were braking her. Every time somebody said something to her, or about her, she would plug the headphones and listen to some good music that made her feel that she was important, that somebody cared. She would isolate herself from everybody. She would cry in the school bathroom because everything hurt. She didn't say much because she didn't want to fill ashamed and especially because she dint wanted anybody to feel sorry for her, but she felt sorry for herself.
***
Looking back the She could see all the things that happened. All the pain is gone now. All the suffering had ended, and all the bad memories were starting to get buried in her head. But that She stills lives in me. 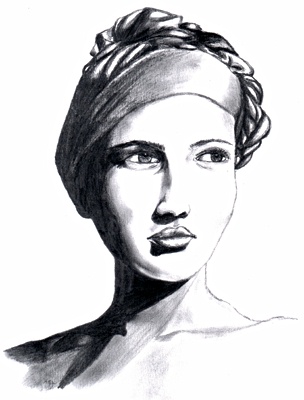 Favorite Quote:
what you see in the mirror is not you but one of two paths you can take. -Shayla Crumley 2010