Giselle ran her blue hair brush down her blond hair. She glanced nervously over her shoulder; living in downtown Elementi was like living in a world of abuse, crazy and hard. There were always at least three shootings a week her on average. Six people had already died this month; two of which were her friends.

Giselle picked up one of her diamond earrings and fumbled with it. Finally pulling off the back of the earring, she shoved it in her ear. She missed the hole.

"Oh shoot," She whispered angrily, dropping the earring. She could hear the earring fall to the floor. Hardly daring to breath, Giselle realized how quiet it was in her apartment. She cautiously leaned over and picked up the earring.

It was horribly quiet in her apartment. She took a step forward, flinching as her high heels clattered against the white linoleum flooring.

"Who's there" She hardly dared to whisper. Louder, she told herself, you have to be louder. She shook her head, no reply.

Giselle looked around the small bathroom franticly. The towel rack caught her eye. She leaned over and pulled the towels off of the rack and set them down gently. She could now hear her heart pounding against her chest. Giselle pushed in the rod, gently pulled it down, pulled it out and held it like a bat. She wouldn't use it unless if she needed to, would she? She started to breath hard and her hands started to sweat.

"Shut up or die." Someone hissed. Giselle nodded weakly.
Her heart beat faster. Tears flowed out of her eyes in streams as she realized how close death may be; how far her family is; and the last words that she said to her daughters, Jocelyn and LeAnn. Why did she have to move hear. She wouldn't have been in this kind of mess. She would have done anything to stay with her daughters. Oh God, she pleaded, help me. I'm going to die, and I know it.

She heard glass shatter from the kitchen, her unsteady breathing as she tried to stay quiet and calm, and her heart pounding against her chest like a mallet against the drum during a drum roll. Faintly, very faintly, did she hear someone’s dyeing scream. Was that hers? Whose was that? What's happening? A million and one questions ran through her head. Though, she could only answer one; she was not okay.

Giselle dropped her weapon and crawled out to the grey carpeted hallway. She leaned up against the white wall. She still couldn't figure out what was going on. Her throat started to tickle as the tears hardened. Oh God, she thought, why now?

The sound echoed against the walls as the noise traveled down the hallway into the kitchen. She heard voices follow it.

She heard heavy footsteps pound against the floor, nearly in time with her heart. She tried to listen to her own heartbeat, hoping to drown herself in it. She swore under her breath, hoping that they hadn't heard that cough. A figure approached her.

"I said SHUT UP," He shouted, kicking her. Giselle winced, rubbing the spot where he had kicked her. As if on cue, someone popped around the corner.

"Get the rope, we're tying her up." The guy in front of her said. The other guy nodded.

Giselle winced again. Wiping her sapphire eyes free of the tears, she suddenly wished to have not dropped her weapon. God, oh god help me. Giselle pleaded again. Her arm was yanked back roughly as someone tied the rope around her wrists. Fresh tears ran down her cheeks, over the dried ones. She closed her eyes as she tried to calm herself. 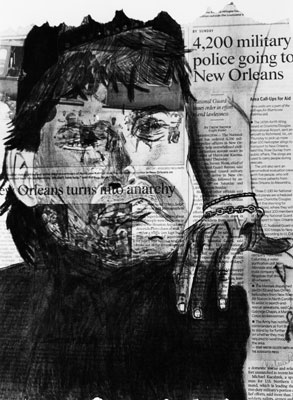 You will answer these, right?

hm. . .i never thought of that. chapter 1 should b out soon, im still workin on it, but its getting better. I hope that it's better then this.

Favorite Quote:
Be the change you wish to see- Ghandi

Everything in this room is eatable, even I'm eatable, but that my dears is called cannibalism and is highly frowned upon in most societies.- Willy Wonka

View profile
This is good and definitely interesting. For an article though I think it should be a little more conclusive (whether she dies right then or not).