A Postmodernist vs. Reality | Teen Ink

A Postmodernist vs. Reality

Favorite Quote:
“Supposing there was no intelligence behind the universe, no creative mind. In that case, nobody designed my brain for the purpose of thinking. It is merely that when the atoms inside my skull happen, for physical or chemical reasons, to arrange themselves in a certain way, this gives me, as a by-product, the sensation I call thought. But, if so, how can I trust my own thinking to be true? It's like upsetting a milk jug and hoping that the way it splashes itself will give you a map of London. But if I can't trust my own thinking, of course I can't trust the arguments leading to Atheism, and therefore have no reason to be an Atheist, or anything else. Unless I believe in God, I cannot believe in thought: so I can never use thought to disbelieve in God.”

Reality: You know, I didn’t think you guys could exist!

Postmodernist: If you understood Postmodernism you would know what I mean.

Postmodernist: Sure! So, everyone is always making the assumption that we think everything is a lie & we contradict everything, that’s not true. In fact we agree with evolutionists on the fact of evolution, and we agree with buddhists and hindus on their ideas of reincarnation, karma, ego, & nirvana!

Reality: Ok, so who sets the “rules” of Postmodernism?

Postmodernist: Well, there are no official rules because each person has their own ideals they follow. But we do have many renowned philosophers and writers that gave us their insights and wisdom, such as the Greek philosopher Gorgias.

Reality: Oh, so according to him whatever you perceive to be true is true for you right, essentially poststructuralism.

Postmodernist: Ok, that’s taking it out of context and yes we all agree on seven same principles.

Universal truths can’t be known. All we can know is if our individual experiences are true for us.
Reason is subjective. Reasonableness depends on whatever we find reasonable.
Objective knowledge is a myth. No one is neutral - we are all situated in our experiences.
The world is too complex to be explained by any worldview claiming to have objective knowledge of absolute truth.
There is no God to give meaning to the world. We have to draw our own meaning for our existence and experiences.
Societies, like humans, are biased. Humans shape societies according to their view of reality, which is biased by nature.
No one is neutral. Our cultures, languages, histories, and genders color how we see everything.
Reality: So nothing.

Postmodernist: What do you mean “so nothing?”

Reality: Well, you just said that ‘Universal truths can’t be known' but you also said that those seven were universal for Postmodernists. Hence you said nothing.

Reality: No it’s not. Do you know why? Because you just said that ‘Reason is subjective’ so I can reason however I want, and it’ll still be right no matter what.

Reality: No it’s not, because you also just said that ‘Objective knowledge is a myth,’ so nothing I say is stupid or unrealistic.

Postmodernist: Actually there would be because, as I just said, ‘there is no God to give meaning to the world.’ So, in that scenario there would be a way to disprove you, also I make up my own truths for me so I’m right!

Reality: Really? That seems very biased to me. And didn’t you just say that ‘societies, like humans, are biased. Humans shape societies according to their view of reality, which is biased by nature.’ I’m pretty sure you guys weren’t saying that as a good thing, and also, isn’t that what Postmodernists do and say, being biased towards and against other ideas and philosophies?

Postmodernist: Ok, so that’s not necessarily true. We have these seven principles as guidelines, not rules. Also, the only reason we agree on them is because we all collectively came to the same realization of what is true for us and it just happened to line up. We all collectively agreed that these were true for us.

Reality: All right. So if I’m understanding this correctly, you are saying that all Postmodernists are on a neutral ground. But, didn’t you just say that ‘no one is neutral?’ So essentially you guys can be on a neutral ground and still follow your guidelines and “truths” but the rest of humanity can’t? Also shouldn’t everybody have different truths, because everyone has different experiences. This just seems a little too convenient to me.

Postmodernist: Ok, hang on a minute. I did say that no one is neutral, even though us Postmodernists have all arrived on the same page, we still differ on many things. As to everyone having different truths, many people have the same experiences.

Reality: Hold up. So to briefly sum up everything you’ve just said, ‘nothing,’ I mean really! How do you guys know that your way is right if: Universal truths can’t be known. Reason is subjective. Objective knowledge is a myth. The world is too complex to be explained by any worldview claiming to have objective knowledge of absolute truth. There is no God to give meaning to the world. Societies, like humans, are biased. And no one is neutral. What makes your ideas of nothingness any more right or wrong or more explanatory than other worldviews? Essentially you’re claiming that there is no real reality! That hurts!

Reality: That’s biased against my reasoning!

Postmodernist: No, it’s not because the world is too complex to be explained by any worldview claiming to have objective knowledge of absolute truth.

Postmodernist: That’s not a universal truth!

Reality: Objective knowledge is a myth.

Postmodernist: I never said that what I said was objective knowledge! I simply stated that your supposed nonsense is not a universal truth.

Reality: No one is neutral.

Postmodernist: Neither is God.

Reality: There is no God to give meaning to the world.

Postmodernist: You are insane!

Postmodernist: Why not? That’s absurd! I can do whatever I want!

Reality: Who says leaving is a thing?

Reality: Nope, you can’t, because that’s implying that leaving is a universal concept and you're forcing that idea on me. I’m not comfortable with that!

Postmodernist: Stop being so ridiculous!

Reality: Ah!!! Make him stop!!!! He implied that ridiculousness is objective reasoning!!!

Postmodernist: What is wrong with you?

Reality: No! He tried to explain the unexplainable!!!

Reality: You can’t tell me what to do!

Postmodernist: You’re right, I can’t. But I can ignore you.

Reality: You can’t do that either.

Reality: Well, according to your philosophies, everyone can do what they want because everyone has different perspectives and experiences.

Reality: No, I'm not, I'm simply opening my mind to new ideas and accepting the ultimate truth.

Postmodernist: What are you talking about?

Reality: I’ve decided that I’m going to go beyond.

Postmodernist: Good for you!

Reality: I’m going to the extreme! I’ve decided that death is not real!

Reality: I’m going to stand in the middle of the road and get run over and I won’t die! Watch me!

Postmodernist: Stop! You can’t do that. You’ll get hit and die!

Reality: What did you say?

Postmodernist: I said, you’ll get hit and die!

Postmodernist: Yes, but that’s not true! If anyone walks into a road and gets hit by a car they will die.

Reality: Um, didn’t you just say that universal truths can’t be known, and objective knowledge is a myth?

Postmodernist: Yes, but that’s not how death works.

Reality: Oh, so there are known, objective, universal truths. Like chairs, food, gravity, and death?

Postmodernist: I guess so… I never thought about it like that!

Reality: No kidding! So before you couldn’t sit, eat, walk, or die? Fascinating! 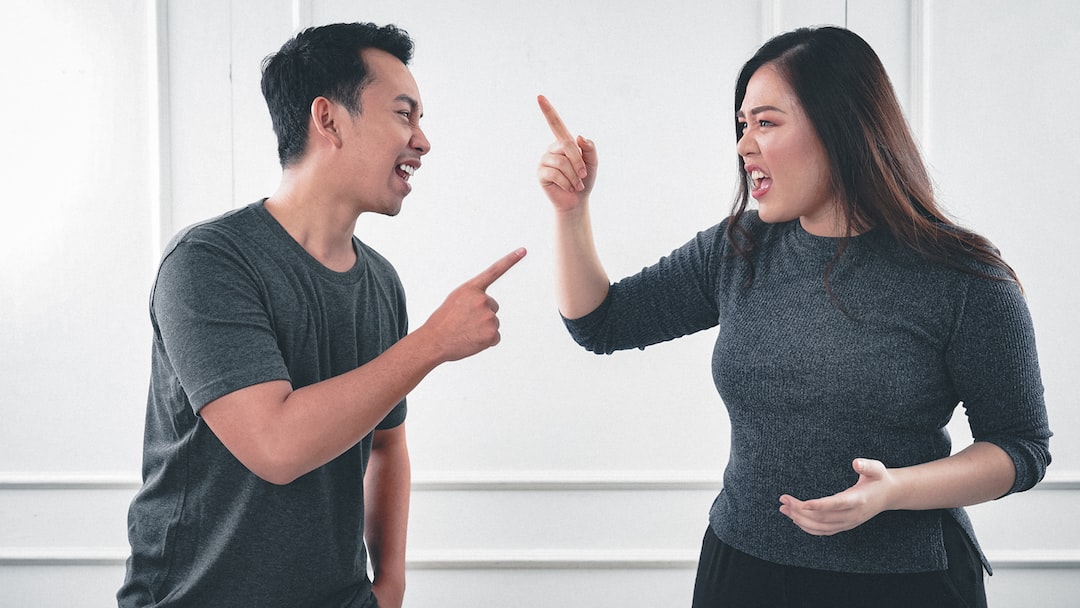 Photo by Afif Ramdhasuma on Unsplash

I wrote this for a worldview course, I did not write this to make fun of Postmodernists, only to point out how faulty their logic is. I hope you guys enjoy it and please leave thoughts/comments. I'd love any feedback!

Favorite Quote:
"I reject your reallity and substitute my own"- Adam Savage
"Words have no power to impress without the exquisite horror of their reality."-Edgar Allen Poe
"It's not that the questions were too hard, it's that they were too easy."-Ayn Rand

Favorite Quote:
"So, this is my life. And I want you to know that I am both happy and sad, and I'm still trying to figure out how that could be." - The Perks of Being a Wallflower