A young prince found himself in the forest at midnight. He led his horse through the birch trees; pillars of silver in the moonlight on a bed of heather the color of granite. On his horse hung the limp skin of great bear, a son of the great mother Ursa in the heavens. Stains glistening black like oil around the monster's heart. The prince had finished the bear quickly and princely. For how strong you must be to weave your sword through the claws of the great bear and pierce his breastplate of muscle and fur without wound. For how merciful you must be to wound the great bear only where he must be wounded; to relish in victory, not cruelty. He had slain the bear at twilight, and spent the night skinning and cleaning the brute, carefully packaging the meat into his saddlebags. He had then washed his hands and sword in the river and changed into his ceremonial blue doublet with a shining lion emblazoned on the chest, as stiff as bark, but as beautiful as a work of Arachne. He washed and straightened his hair, and strode like a king through the forest. For indeed, when he arrived, the king would meet him. The king would meet an adult, well dressed not only in valor, but also in self discipline. Or so the prince thought.

As the prince strode through the forest, head held high, he heard a sound in the forest. The music of a flute played to the rhythm of a horse galloping, high and shrill, accompanied by many fair voices like a wind on a spring day whispering and then roaring and then whispering again along the fields. A light peeped slyly through the forest. He kept to the path, and stroked his bear skin for he had slain the beast, had cleaned it, had cleaned himself, and nothing would stand between him and his father's favor.

Then began the bagpipe. There is no instrument as enchanting as the bagpipe of the highlands. I have heard it once. When the pipes play quickly you can see armies of fathers and brothers amassed on the green. The vibes of the pipe are the armies boasts and the jests and the oaths of friendship and courage. When the pipes play slowly, you can hear the hills lament the death of those great men. You can see every poppy and marigold opening their blossoms over the graves; crying out against the cruelties of time. When they play steadily, you can feel the warmth of the sun growing slowly in strength and in steadfastness. You can watch those saints skip and prance in the presence of their creature, and bask the never dying sun. The bagpipes play the song of dreams and of heaven. And the nymphs dance to the bagpipes.

The prince heard the sound but did not falter. He continued on his way. His blood boiled at the sound of the battle cry of the bagpipes, then his heart fell away at the dirge, and finally his heart grasped at the final steady beckoning of a land he would never see. Never see if he kept to the road.

He turned away, he turned from his trophy and his belongings, and walked cautiously to the sound; hand on his sword hilt, eyes peeled forward, ears drinking in the music and carting him away to other lands.

With a splash, he crashed into stream, both knees sunk into the water. As he thrashed about to the other side his blue coat drank in from the black stream. He scrambled through up the bank on the other side; the dirt clinging to his clothes, steeling the shine of his tunic. But he did not care, he saw the nymphs.

Their eyes glow brown if you stare deep into them, as brown and rich as the soil; flash green as they twirlabout to the music, and the light glances of the edges. Their faces boasted a deep rich color. He almost turned away for the faces were flawed. They had the color and the texture of the earth. In places almost black in others a silver gray; and all over, pimples like tiny knobs in the earth, popped out here and there on their cheeks and foreheads. Their golden hair had been dulled by the earth. However as he watched their lips curled into a smile, and a light flickered behind their eyes. As he watched the moon washed their faces in silver light, and their earthy faces blended into a glistening tan. He watched them feign a trip, purse their lips with mock embarrassment and then burst in a toothless and coy smile as they sprang up and danced again. Then when they saw him, their hazel eyes widened letting in more light from the moon and their cheeks raised in surprise. He saw their hands beckon to him, felt their hands grasp him, and felt his legs jumping and skipping.

Then they began their song aloud, a innocent and ridiculous song of every pitch and tempo: a squeal of delight, a cry of alarm, a chuckle, a cheer, an ancient bit of a song, all the beat of trampling fairy feet, and the wailing of the bagpipe.

The prince joined in. He bellowed like a man, and the nymph flashed her ebony teeth, and squeezed his hand. The prince screeched like an owl, and the nymphs cackled in response. He began to sing in his deep and solid voice, and the nymphs joined in raising his voice on their soft voices, and carried the sound into the heavens. Clicks, clacks, humming, whistling, snapping, tapping, slapping, singing, sighing, and a wave of laughter. They sang in the beach trees, not in a clearing, around the beach trees they danced, and through they skipped them, for they were nymphs, and up them and down the birth trees, and all around the birch trees they jumped and frolicked and made merry.

It is a common mistake that when the fairies fade, they leave you lost in the forest. This not true. As the prince danced, he felt lighter, and stronger for the earth had released him from its grasp. The nymphs felt warmer for the flesh between him and her began to fade. He laughed harder and longer for he could not remember the past. He sang stronger for the air rushed in not only through his mouth but through his whole body. He mimicked the songs of many animals as his humanity slipped slowly away. Then the nymphs let go. He turned around to leave. He looked at himself and looked through himself and realized his color and his substance had faded. He realized nothing stood between him and the sounds, and the sights, and the textures, and the warmth, and the taste of this world; no flesh, no eyes, no ears, no tongue. He called aloud for the earth to fill him with its life. In a moment the world rushed into him, he cried out in ecstasy and blazed with light as if a sun himself, and then he was no more.

A lone huntsman walked through the woods. He found a great white stallion and upon it the flesh and skin of a great bear a son of the great mother Ursa in the sky. He found a set of clothes. He found no owner. He took the clothes, and the horse, and the bear, and rode into town. The king saw him riding in, and knew this man would be fit to rule. He mourned the loss of his prince, but in time, not one person could recall that there even was a prince. The huntsman found a wife, and found a reputation, and in time the people called him king even without his trophies. And no one ever spoke of the prince again as if he had faded from existence. 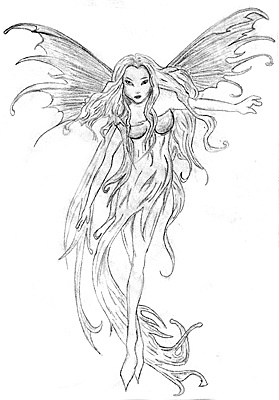 DawnieRae BRONZE said...
on Jul. 20 2013 at 6:47 am
DawnieRae BRONZE, Lancaster, Ohio
3 articles 0 photos 218 comments
View profile
That was Awesome! I loved it it was so creative