And There Were Demons in His Eyes | Teen Ink

And There Were Demons in His Eyes

He tightened his grip on the woman’s neck. This one had been a screamer. She had cried and wailed so much that he’d had to beat her. Now her eyes were glazed over and tears streamed silently down her cheeks; she was barely conscious.

The man smiled and closed his eyes. He inhaled slowly and began the process of drinking her soul. Ever since he had sold his soul to that devil he’d met on the streets for twenty dollars, a cheeseburger, and the promise of a better life, souls were his only food source.

After he let the demons into his mind, things had gone pretty well. He’d gotten a job and was making money; all he had to do was feed them a soul every once in a while when they got hungry. In exchange, they would keep his life on track¬¬¬¬––that’s what the devil on the street had said anyway.

The man finished his meal and opened his eyes to find a freshly bleached skeleton staring back at him. He stood up and walked to the closet in the hallway, he opened the door and threw the bones in with the rest of his victims’ remains. He closed the door and smiled slightly as he realized that he/they were still hungry. He walked out of his apartment with a smile on his face and demons in his eyes.
***

The woman sat alone at the bar. She wore a short, tight, black dress paired with glittering black heels that were so tall and gaudy that they could have belonged to a stripper. She also wore a small silver infinity sign around her neck as if to suggest that there might be more her than desperation and perfume. She was alone and on the hunt. When she saw the man walk into the bar she knew that he was the one.

The man welcomed the familiar smell of cigarettes and liquor as he stepped through the bar doors. He had become a regular here thanks to his new diet. He scanned the room and found a few hopefuls. As always, he prepared himself for a few hours of drinking and flirting before he could finally bring a girl home for a proper meal. This time, however, was different. This was one of those rare occasions when his meal found him. The woman with the tall heels, short black dress, and tiny silver infinity necklace approached him.

“Can we skip the drinks and cheap pick-up lines?” she asked seductively.

He led her back to his apartment where they sat with a bottle of wine and glasses. They sat down on the floor in front of his couch and he poured the wine. The man was about to engage in small talk, but she beat him to it.

The man’s eyes widened, surprised that she’d seen through him so easily. “I was down on my luck,” he told her. “My life was going nowhere.”

“Doesn’t it feel wrong?” she asked. “Being a slave to them?”

The man shook his head, “They are the reason my life is going so well.”

The man narrowed his eyes; he was tiring of this conversation. “I needed motivation…” he began.

“You didn’t have anything to motivate you before?” she asked innocently.

The man raised an eyebrow; he realized what this woman was doing. “Are you seriously trying to save me?” he asked incredulously.

The woman took her time answering. She took a sip of wine and stared across the room pondering his words.

“There are other ways to make it in life,” she said slowly.

The man scoffed. “Well sure there are. But there are few ways to make it easily in life.”

“You’re just lazy.” Her mouth curved into a half smile. “Find something to live for.”

The man laughed, “I don’t deny being lazy, that’s for sure. But as far as motivation goes, we’re all the same.”

The man nodded. “No matter who we are, or where we come from, we as the human race are all motivated by one thing: greed.”

The woman shook her head. “The sad thing is that I can see that you really believe that.”

“Because it’s the truth.” He was getting hungry again.

The woman touched his hand lightly, leaning closer to him. “Break you chains.”

Suddenly, the man grabbed the woman around the neck. “You can’t save me,” he said, grinning wickedly as the hunger took hold of him. “I’ve been too far gone for a while now.”

He was about to feast on her soul when she reached up and ripped his hand effortlessly away from her neck. Before he could even begin to process what had just happened, she shocked him again by pulling him closer and pressing her lips against his. He tried to push her away, but found his strength waning. He realized what was happening and struggled harder.

He was able to pull away long enough to gasp, “Why? Why’d you try to save me?”

She pulled him back and finished him off quickly. She let his bones fall to the floor as she stood and adjusted the infinity sign on her necklace.“Because I like to play with my food,” she told the bones, then she walked out of the apartment that used to belong to the man. And there was a smile on her face. And there were demons in her eyes. 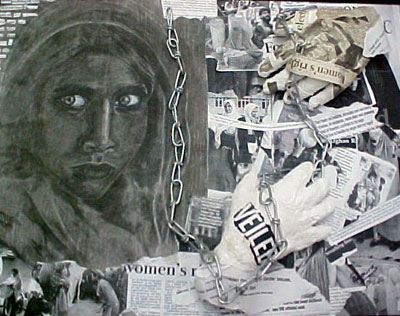 The author's comments:
This story was inspired by the song 'Demons' by Imagine dragons.
Post a comment
Submit your own