Ayuna stood and walked out from her cozy cottage with the warm fireplace crackling softly as she heard the canter of hooves outside. a horse stood beside its rider, breath freezing in the winter air. the man was delivering mail. she bundled herself up and walked out to greet him. he had a single envelope for her. she waved goodbye and opened it, finding a short message written.

"Don't move." she looked up, a feeling of forbidding settling deep in her. but, no, this couldn't be from the arena. there was no way!

she heard the winter wind howling and tensed. then one of the dreaded winter sports appeared in front of her. it was pure white, semi transparent, in the shape of a human but with snow continueisly falling and slightly disrupted. except its hands. the hands were blood red. the creature had no eyes, but ice tears stayed firmly etched along its everchanging cheek. this meant she was going to the arena.

the scarlet hands reached for her and she accepted their freezing grip. there was no use trying to avoid her fate. they became the winter wind again and howled away to a simple ring. it was filled with snow, a very faded red color. it had been a week since the last victim. the blood fueling the curse was fading, they needed new blood. another wind stopped there too and both deposited there loads. another girl stood across from her. she refused to make eye contact with the terrified victim.

the spirits around the ring brought them swords. they battled to the death. swords clanged and blood fell onto the snow again, staining it the crimson the curse was known for. the eternal winter of blood. she was going to win, because she couldn't lose. she fought with everything she had, despite having never held a sword. blood was shed on both sides. she won. the blood was on her hands as she was lead away to forever have bloody hands. 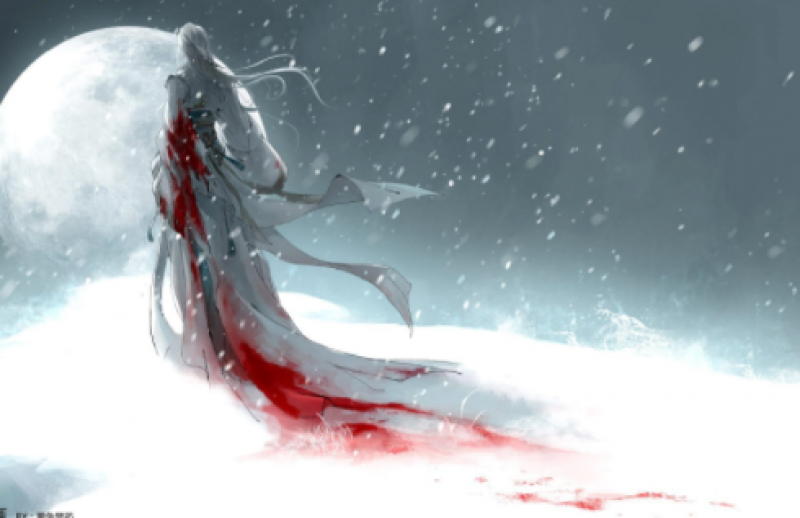 so uh... im writing a book. as in, a book I might publish. this is to build suspense i guess, it probably wont actually start like this.