It was August 8, 1792 in the small town of Salem, Massachusetts. Jayne Tomson woke sweating from the terrifying dream. But she knew it was not a dream. It was an evil spirit that would enter her body at night. She looked around her little cottage. There was clutter everywhere, and Jayne couldn’t throw it away, or the spirit would make her life worse.

She came down from the loft to hear a banging on her door. She didn’t feel like answering it, but the visitors started yelling louder. Jayne hated these days when she woke to the pounding and yelling at her door and when she was so tired that she slept all day and missed work. This had been happening every other day for the last month. She walked to the door and opened it to see old man Ernie, the gravedigger, and almost the whole village behind him.

“Jane Tomson! You are a disgrace to our village! You should be ashamed of yourself!” they shouted at her.

“Wait, wait! What happened?” Jayne asked. She yawned and wondered what the spirit did this time.

Ernie was the first to answer, “You dug up your mother’s grave, didn’t you?!?!”

“What!” she yelled. “I would never do that. You know how much I respect the dead! It was the spirit!”

They all groaned. Everyone knew the story of Jayne Tomson’s spirit that haunts her every so often. Not wanting to hear the excuses, they all just left to go back to their daily routine. Ernie was the only one that sort of believed in the spirit. He didn’t really. He just didn’t have much to do and needed someone to talk to.

Jayne welcomed Ernie for some tea. They devised a plan to catch this spirit once and for all. It was not a very complicated plan. All Jayne had to do was not fall asleep right away. Then she could see what the spirit wanted and could somehow destroy it. They didn’t know who the spirit was or what it wanted. But they guessed that he or she was a witch that was killed in the Salem witch trials 100 years ago.

The next night, Jayne waited for sleep to come. But for once, she was nervous. Would the plan work? What if it didn’t? Would the spirit haunt her forever? She put these questions aside and went to sleep. A few minutes later, when she was fast asleep, a gust of wind swung the door open, and the evil spirit Witha entered Jayne. Her frail little body became large and burly. Her long blonde hair became a short black bob, and her sky blue eyes changed to a blood red. She grew four times bigger and changed from the little white nightgown to a long black dress and a matching cloak.

“Ahhhh…,” Witha sighed. “What a feeling it is when you become a human again. Now I must go and finish my deeds.”

With a snap of her fingers, Witha arrived in front of Ernie’s house. And with another snap, her appearance changed back to the small Jayne. She swiped her hand and a gust opened the door with a slam.

Ernie ran in, and when he saw Jayne, he yawned, “You come for your mother’s coffin?” He didn’t really know it was the spirit.

Witha nodded slowly. She followed him through the small house to the backroom. There lying on the table was the coffin of Elizabeth Tomson. Witha ran toward it and opened it to reveal the reeking corpse of Jayne’s mother. Ernie held his nose and left the room while Witha looked around. She needed something to put in what she needed. She saw a large, orange, rotting pumpkin in the corner. She grabbed it, took a knife, and started carving it. She plucked a strand of her hair and of the corpse’s. She placed them in the pumpkin and ran out of the room.

She hissed at Ernie. “You can bury it again. I need it no more.”

Ernie’s shocked face asked so many questions. Would Jayne hiss at me? Was this really Jayne? Or was it the spirit that she has been claiming haunts her? He began to ask her, but she fled. He followed her to find the entire field empty. It had to be a spirit. No one could run that fast!

As the pumpkin let off an eerie glow, Witha cackled, “And with one bite of this delicious pumpkin pie, I will stay a human forever!! Ha Ha HA!!!!!”

“Who’s there?” She swore she heard voices. She put her ear closer to the pumpkin and heard murmurs. Startled, Witha clenched the knife tighter and cut a small hole in the top. She put her eye up to it to see five or six glowing caterpillars. They squiggled around the small space with all the rest of the ingredients. They probably started glowing because they ate the stuff.

“I can’t make a pie out of this! It may have the wrong turnout,” Witha said sadly. “It’s going to take months for me to finish this!”

The pumpkin grew brighter as she said this. She looked into the hole to see the entire family spelling out ‘Thank you’. Witha felt some warmth in her heart. She suddenly realized that Jayne’s kindness was bubbling up inside her. Before she could look away, Witha let out a blood-curdling scream. She flung her hand at the pumpkin, and it fell to the floor with a thud. But it was too late. The spirit left the house as Jayne woke up on the floor.

“Wow…,” Jayne sighed. “that was crazy.” She looked at the fallen pumpkin and picked up the family of caterpillars. She took them outside and played with them untill the morning. During those many hours in the dark, Jayne had named the father and mother Oscar and Alphonse.

She sat down in the field and watched them in her hands. The sun began to rise. She knew it was time to send them back. The caterpillars softly wiggled in her hand spelling out ‘Goodbye’. She smiled as she gently placed them on the ground. They crawled away in to the tall thick grass. She said goodbye and started to walk back home.

A few minutes later, she heard someone calling her name. She turned around and saw a family of six on a far hill. The kids ran off and started playing while the parents waved. Jayne waved back at Oscar and Alphonse. They ran after the kids to reveal a small girl. She was tiny and had long black hair and bright green eyes. She gave a slight wave and yelled,

“I’m sorry, Jayne. I shouldn’t have done that.”

Jayne waved back and said, “It’s ok. See you soon.”

The little girl smiled and ran off to join her new family. Little Jayne knew exactly who that was. It was Witha in her new form. Her spirit must have gone into one of the caterpillars when she was overcome. Jayne was happy to see Witha with a good family. She walked back home with a smile on her face, the sun and the laughter of children following. 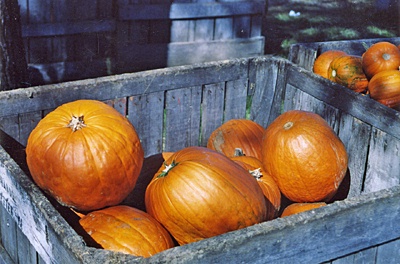 The author's comments:
This is also a piece I did in English class. This is a Haris Brudwick story starter. but i combined two of them.
Post a comment
Submit your own