Saturday
Dear Diary,
James and I are back together. It’s been two weeks but somehow it doesn’t feel right. Isn’t this what I always wanted??
I was trying so hard to win him back, and now that I have him I don’t want him. We fight over stupid things, I don’t wake up with that smile on my face and it just feels wrong. Way wrong.
What should I do?? Help me :(
Isabel

Ding dong!
I opened the door and there stood Peter looking very smug.
“We are gonna build you your very own fabulous tree house,” he said.
“You have got to be kidding me, I mean you are seriously gonna do that? For me?”
“WE are gonna do that, “he said, his eyes twinkling.
“Oh sh*t! I love you for that Peter Collins.” I said throwing my arms around him.
He staggered back at my undisguised enthusiasm but he looked pleased all the same.

We started the work on our tree house, I watched Peter do the labor, I tried to help but in the end my part was reduced to handing him the tools.

We took a break at lunchtime and went inside and I could see that my mom loved him because she looked at him fondly.
We returned to our tree house and began working again. As I saw him work I thought how his arms had felt around me earlier that day and wanted him to do it again, to do more, I wanted him to crush me against his chest, so that I couldn’t breathe anymore. As I sat there fantasizing my cell rang and ‘Crazier’ blasted through the speakers.

My cheeks turned as I realized that that I was having these thoughts for a guy who isn’t my boyfriend.
Guiltily I answered the phone.

“Hey, watsup?” I said.
“Hey, I and couple of other guys are going to CCD, wanna join us?”
“Um, sorry James,” I said not feeling sorry at all, “Peter is here and we are busy with this project, can’t leave it, sorry, bye!”
“Ohk, bye”

And the line went dead, this time the absence of an ‘I love you’ didn’t bug me and I was very surprised.
“You don’t have to stay, you can go if you want to, I don’t wanna be in your way,” Peter said sullenly.
“Ya I could but I won’t ‘cause I want to stay here and watch you build our tree house.”

He didn’t say anything but he started looking amused. I realized what I had just said and I was mortified.
Blushing furiously I corrected myself, “I mean since I’m not building ‘cause I can’t build anything so I am gonna pass you stuff while you build it, I totally didn’t-“
“Jeez, relax, but Is I didn’t you’d be so excited with the prospect of a tree house,” he said smiling broadly.

“when I was younger my dad wasn’t really around to do all this stuff with me, it’s always been me and my mom and we only did girly things together, but there was no one to build me a tree house, take me to the Knicks game, teach me how to play basketball or go camping with me,” I said with unexpected tears coming to my eyes.
He immediately put his arms around me and comforted me so gently that my crying jag passed away quickly.
“Thanks Peter, you really are awesome, you know that right?”
“Ya,I do but it’s late now, I gotta go and you should also sleep.”
“Okay,” I said as I walked him to the door.

The next day continued like this, I got up, had breakfast, then Peter would show up and we worked on the tree house, then lunch and work again. Unfortunately, we had to cut down our hours because of school.

During this time, I canceled all my plans with James and I knew he was getting pissed at me but I didn’t care. Finally by next Saturday, our tree house was complete; we stood back and admired our amazing tree house, it was beautiful and I fell in love with it. Peter went back to his place and said that he’ll drop by tomorrow with some of his stuff.

I called James up, I was eager to tell him the news, but I wanted it to be a surprise so he said he’ll be there in 5 minutes.

“Come on, it’s in the backyard,” I said slapping my hands over his eyes and guiding him towards the tree house. I removed my hands and studied his expressions, expecting them to mirror mine, instead I found deliberation.

“You have been ignoring me for, for a tree house?” he asked, his face slowly clouding with anger. “I guess you could say that but I always wanted one and well you know dad, he didn’t always care but now Peter built me one, and I love it!” I said with happiness dripping from my voice.

“Ya I know your dad, but you are older now, whats the point of a tree house? Its for a kid!!” he said running his hands through his hair in a frustrated manner, “but still if you wanted one so bad, why didn’t you ever ask me, I would have made you one, this way you wouldn’t have spent, no wasted so much of our time with Peter. He paused and then ordered me, “you won’t spend more time with him, got it?” He said it calmly but I could sense the storm brewing underneath the facade
.
“I wouldn’t have met him if you hadn’t left me. Now Peter is a very important part of my life and I’m not gonna through away or friendship. So. Deal. With. It,” I said with anger creeping in my voice too.

“Then you better choose between me and him, if I’m gonna be your boyfriend, I need to be more important in your life, “he said. He looked so sure that I’ll choose him but shock crossed his face when I didn’t answer right away.

I thought about why we were having problems. We used to be so close; I needed to know what had happened.
Earlier James was my everything, my world revolved around him so when he left me, I was left with nothing and he had left me for just anyone, throwing away everything we had so callously. It had hurt. Peter found me when I was broken and he bothered to know me. And he realized the attachment I had to the tree house and he gave me the greatest gift. Now, James was being unfair, he expected everything to be like it was before I. e. me worshipping him but I had changed and now my life consisted of more than James. I decided what I wanted and so I told him. 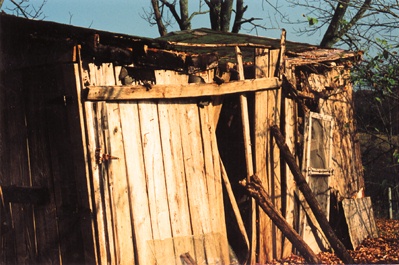 The author's comments:
so this is the second last part, just one more is left!
Post a comment
Submit your own

thank you so much!

i wanted to describe it better, but I've never had a tree house, or seen one so i didn,t really know what to write, but ill see if in the next part i can. :)

Favorite Quote:
life isn't passing me by, it's trying to run me over!

View profile
I totaly agree! this is great! i love it.  5 stars.  I could see it all. but maybe you could have describe the tree house better but eather way it's amazing. Will you please comment and rate my work?
Lonleydandy said...
on Nov. 1 2010 at 7:58 pm
Love it , love it, love it! Keep writing!!!!!