What do they know? | Teen Ink

What do they know?

They say three words can make a difference. They say it can make all your dreams come true. They are wrong.

The normal pre-homeroom buzz filled the air, along with the clang of slamming lockers. I spotted her through the crowd of girls gossiping about the latest scandal. She doesn't like gossiping. I swallowed, hard, and willed my legs to carry me over to where she stood, already feeling a blush creeping up the back of my neck. I swallowed again and flicked my head to the right, flipping my bangs out of my eyes. She hugged a girlfriend goodbye and I walked forward, knowing it was then or never.

“Hey Teddy!” she cried, spinning around and spotting me. She dashed over, gave a quick hug and a smile, then ran off. I stared after her in utter amazement.

“Wonder where she's going,” a voice said, startling me. I snapped my head away from where I saw her vanish and turned to face the interruption.

“Oh, hey bro,” I said, shooting Nick a quick grin, “yeah, it's so weird how they can vanish like that,” I snapped my fingers in demonstration.

“But you two've been like this,” Nick twined his fingers together, “for like ever. If you're going to tell her, just do it now.”

“I tried! She ran away before I could even say 'hello'.”

“Speaking of which,” Nick glanced around guiltily, “I gotta run. I can't get detention again.” He smiled, and his brown eyes turned warm, but the moment vanished as soon as he did. I watched him sprint through the crowd, long, thin legs carrying him swiftly towards the staircase. I ran a hand through my hair and sighed, wishing for one day that I wouldn't have to worry about it getting in my face. Nick had it easy – he barely even had to wash his buzz cut. But I would never be able to part with my hair; and anyway, she liked it like this.

As the chemistry teacher droned on about the toxic properties of helium, I thought about her. I could still smell the sweet vanilla scent of her shampoo – but then again, I was pretty used to smelling it. We used to hang out all the time – I'm sure she had some of my clothing lying around her house. More than one time while cleaning, I found sweaters, sneakers, and even a few tank tops of hers randomly strewn around my room.

“And what do you think about helium, Theodore?” The drawling voice suddenly hardened, angered at finding someone who wasn't paying attention to the lecture.

“That's what I thought. Pay attention or remove yourself from the class.” I blushed up to the roots of my hair and bowed my head, trying to make all six feet of me disappear. I flipped open my notebook and started to take notes, pencil whirring furiously over the blank page to understand why helium could be so deadly.

I couldn't concentrate for the rest of the day. Teachers stared curiously as I, their best student, switched between looking out the window to the clock, which seemed to be ticking backwards. All I could think about was what I was going to say to her. 'Kat, I just wanted to say...' No, that wouldn't work. It shouldn't have been so hard to think of something to say. At fifteen, we were as close as siblings, without the fighting. Having lived only five blocks away from her my whole life, we lived at each other's houses, basically. My door was always open when she had a bad day and needed to vent. I was there when she got her ears pierced. She asked me to go shopping with her, and asked my honest opinion on everything she picked out. I was the one she called when her dog died, the first one to french-braid her hair, relishing the feel of thick brown hair curling beneath my fingers. I taught her pig latin and she showed me her diary. More than once, refusing to go home, she simply fell asleep in my bed. I knew more about her than her family did. I knew that she had nightmares at least once a week, and when she fell asleep at my house, I was sure to guard her from them, an overly loyal dog taking its job to heart. I could read every expression that flashed over her green eyes. And, more than anything else, I knew I was uncontrollably in love with her.

“Look, Kat, can we talk?” My voice cracked and I swallowed for the umpteenth time that day. “There's something I've been meaning to tell you.” I folded my arms awkwardly, hating that I had to tilt my head down to look her in the eyes.

“I... I just wanted to say...” I took a deep breath, “I love you.” I stared forcefully into her eyes, wishing she could hear my thoughts and understand. In some corner of my mind I noticed with surprise that I wasn't blushing.

“Aw! You're so sweet!” She dimpled again. “I love you too. But, seriously,” she said, smile fading, looking me from head to toe, “If you don't open the closet door soon, you'll have a gaggle of girls at your beck and call. Don't worry – I'll be there for you if you need me.” She smiled again, relieved, pecked me swiftly on the cheek and vanished. I stared after her with dismay, unconsciously raising my hand to rub the burning spot on my cheek. I looked at the ground, taking inventory of my outfit at the same time. White tee, vest, skinny jeans and hi-tops. She had picked it out.

“I... But...” I started to speak several seconds after she left, wishing she would come back and explain better. She said I was attractive, but then, in the same sentence, told me that I was gay. I trudged outside into the snow, turning my back on her, Nick, and everyone else who I once trusted.

They say you can live happily ever after. They don't know anything. 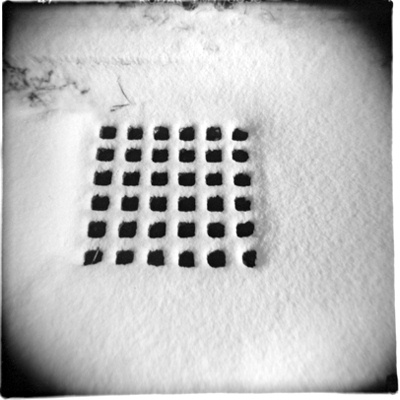