"Good morning mrs. Thomas!" i said and the innkeeper smiled at me.
It was my summer vacation and I was spending it at the inn of my mother's friend.I was supposed to help her but i did not mind because I loved being there, it was so tranquil and so beautiful, the surroundings consisted of gorgeous farms spreading around and a lovely blue lake.

Mrs. Thomas was setting a plate for the boy who had just arrived to spend some time at the inn.I was curious to see him so i asked if I could take it to his room. she handed me the tray and told me the boy was Peter Collins who had arrived from Brooklyn.
I climbed the staircase and knocked, after a few moments a boy of my age opened the door. He had sun-bleached blond hair and those amazing greenish-blue eyes, he was really tall and was standing just in his boxers.
I entered his room and set the tray on the table and turned around and introduced myself, "Hi! I'm Isabel Adams and i'm helping here for the the summer...I am the only kid around here..so if you need any company..i'm in room 12."
At first he looked a little taken aback because of my entry in his room and the fact that he was standing half-naked in front of me but he managed a 'Hii' in a laid back drawl.

I left his room and since I was free till lunch I went to my favorite spot..an abandoned tree house near the lake..there I thought that this was the first boy I had met in one and a half months but I wasnt attracted to him at all,sure he was nice and hot but I could only think how good friends we could be..i tried not to think about the reason but my mind traveled back to my living room on 19 feb 2010 anyway....

You, my first love told me that things between us were over because there was someone else but how you hoped we could be freinds and i said yes..you left and i cried , cried , cried until my mom said-

"Isabel?"
"Huh!" the vision shattered and I saw myself looking at Peter.."oh hey Peter...sorry I was day-dreaming."...i said hoping that the moisture in my eyes wasnt visible.
"About me I hope!" he said with a flirty smile on his face so i rolled my eyes at him and stuck my finger down my throat.."no way!"
"oh! I am heartbroken" he said and then we both started laughing...he sat down next to me nd we bagan talking..I found that his mom and dad had to go out on bussiness so they thought dumping him in this 'quaint' little place would be perfect so that their house won't be trashed because of his wild partying ways.
We found many things to talk about and I started to like him but in a guy friend way...because no guy except 1 could make me go weak in my knees.
Soon It was lunchtime and we went inside.

I started hanging out with him during my free time and he became a good friend but I could not tell him about my EX because it hurt too much.
I remembered how much I loved him and how much I trusted him...we had grown up together and from being friends we became best friends and then finally each other's first love..he asked me out in 6 grade and den just before freshmen year ended, he ended us.
James Brandon was my everything..i loved him and the thought of not being with him hurt too much..I stopped hanging out with my friends, family..i stopped my life...my friends were worried, my mom was worried so she decided to send me here.
Being here helped me..I had responsibilty which distracted me from thinking about him and the surroundings calmed me and made me feel more alive..finding the tree house was good because I could come here and think about James in peace and then go inside and be normal..i started to become myself again but i knew that I wasnt completely whole and that I would always remain broken inside..Peter became a good friend but even he could not take my love for James away from me...

"Hey Is!" Peter suddenly appeared and said "wats rolling with you??"
I started to laugh and stopped thinking about James.

The end of May was coming was coming and it was time for me to go, I was sad at leaving this beautiful place, mrs. thomas and my friend Peter..but he told me we would see each other again as I resided in Manhatten.
But I was happy to leave also because I knew that i would see James again, i knew he had broken up with me but I could not stop myself from feeling excited to see him again, I was also waiting to see my mom and friends again too.

It was the day of my departure and like always me and Peter were hanging in the tree house...He was a bit forlon but i cheered him up and told him that soon he will be in Brooklyn too and then we would hang out like this.
And then, he looked into my eyes and said, "It won't be same, you will have your life and I will have mine, we won't be this close and I know that I cant bear that."
He took a deep breath and took my hand and said, "Isabel Adams, The very first day I saw you, i was struck by you, your long black hair and your dark eyes and how you look almost pale because of them. I love the way you talk and when you walk you almost dance, I love how you can keep talking for hours and how your one smile can make my troubles go away. I think I am falling in love with you, so please will you go out with me?"

I was shocked. I did not know what to say..I had never thought that Peter would fall for me, from his life I could make out that he only fell for the the hot girls and not the girl next door like me but here he was.
He was an amazing guy and any girl would be lucky to have him but all I could see in him was my friend and I knew that I could never fall in love with him.
I took my hand from his and was about to say that I won't ever be over my ex but what came out was "I h-have a boyfriend."
I could not believe what I had just said so i turned around and ran away and I left without saying goodbye.

I boarded my flight still thinking about what he has said and what I had said...but I thought that Peter would forget about me soon enough and so he would never have to know my pain.
But i knew that I had just lost a great friend..but i did'nt know that I was wrong 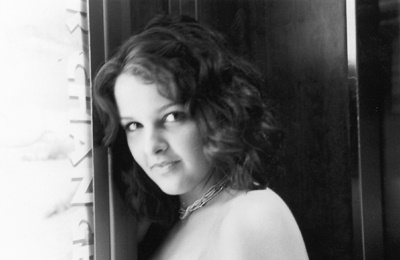