As the days rolled along Emma’s hair began to fall out. It started in small patches around her part. She could easily hide it by combing her hair differently. Eventually the bald patches became too noticeable and she got her head shaved.

One day after school Emma asked me to let her drive home. I had picked her up that morning and was going to drive her home so we could study but I was too smart to disagree. She had this determined look on her face and I wasn’t going to stop that.

We pulled up at the local barber shop and she said, “I’m tired of my hair, I’m getting it shaved off and you are going to stand there and help me get through it.” We walked into the barber shop and she told the man at the front desk, “I have cancer and my chemo, is making me go bald. I want you to shave my head.” The man at the front desk looked at her in utter disbelief. She was a paying customer and he couldn’t argue.

He walked her over to one of the chairs. He turned the electric razor on and began to shave what was left of Emma’s golden locks. I stood there for a minute wondering if this was really happening but then I looked at Emma. I could tell that she felt like a huge weight was lifted off her shoulders.

I looked at Emma’s head and then at the floor again and again. Her hair was gone. It was laying on the floor limp and lifeless. She looked at me and smiled. She was always smiling. Sometimes I thought that she was my rock instead of me being hers.

I stooped to the ground where all of her golden locks were. I picked one up and wrapped it around my key chain. I felt a little bit like a creep for doing this but it was the only thing that would remind me of Emma’s vitality.
When the man was done she looked at herself in the mirror, handed the man a twenty, and walked out of the shop. I caught up with her at the car. “Do you want me to drive you home?” I asked.
“I think that would be a good idea.” We spent the car ride to her house in silence.

When we got back to her house she walked inside and her mother took one look at Emma’s nearly bald head and hugged her. Her mother did not cry, she only held on to Emma for as long as she possibly could before Emma broke away. Emma’s mother kissed her on the forehead and went back into the kitchen.
The next day when Emma and I walked into school people’s jaws dropped. People finally realized what was going on with Emma Craig. They did not fully understand but they had a better idea, now that Emma’s golden locks were not there anymore.

When we walked into chem and Emma walked over to Mrs. Bingham and just stared at her. Mrs. Bingham’s jaw dropped. She never gave Emma any more problems. Mrs. Bingham just looked at Emma with this pathetic look of sympathy. Emma hated that even more than her constant grief.
?????
May came around and prom fever was in the air. Everybody was buzzing. I decided to ask Emma to prom.
It almost felt trite asking Emma to prom. Prom was such a normal thing to do. I guess that normal is good. Emma’s life right now is anything but normal.

I was nervous as I walked up to Emma’s locker at the end of the day as usual. I pulled a single daffodil out of my backpack and asked her to prom. She smiled and kindly accepted the flower and my invitation. She stood there for a few moments and then stepped forward and kissed me. It was like all of her emotions went into that one kiss. I could feel her sorrow, her desperation, her love, and her hope.
One time Emma told me that daffodils symbolized rebirth and new beginnings. I hoped that Emma thought that this would be a new beginning. I hoped that this would be a new beginning.
?????

May seventh came around sooner than the both of us could imagine. I picked her up at her house. I shook her father’s hand and looked him in the eyes. We watched her come down the stairs in a beautiful corn flower blue silk gown. Emma was finally into remission so she had a little bit a hair. I couldn’t help that think this was God’s gift to me, that Emma was in remission for what is supposed to be the happiest night of our lives. We stood in front of the mantle in her living room for a quick photo opt, and then we were off to prom.
?????

When we arrived at the hotel I pulled up to the doors and handed the valet my keys. I went around to Emma’s side of the car and helped her out. We walked into the hotel. We saw a huge banner that said ‘Welcome to Casino Royale’. Our prom was James Bond themed. That was completely Emma’s idea. The prom committee love it so there we were at our James Bond themed Junior Prom.
?????

We danced. We talked to our friends. We ate and we had a good time. The last song of the night was our song. We looked at each other and I held her in my arms. I whispered in her ear, like she did to me so may days ago, but the words were different. I ‘love you’, I told her. She looked up at me and said ‘I love you too’ and rested her head back on my chest.
?????
That summer her cancer took a turn for the worse. The doctors could not seem to get her into remission. She laid feebly in her hospital bed covered up to her neck in blankets. She was a feeble and tired version of the Emma I met so many months ago.
Every day I walked into the hospital I wished that I was in that bed. Even though my name is James Bond I could not save the one thing that I truly cared about. It killed me. All I could do was sit there and hold her hand while she slept or talk to her when she was awake. I could not make the cancer go away. It was impossible.
It was August second. I went to the cafeteria in the hospital and grabbed a bite to eat. It was one of the few things I’d eaten lately. It was a beautiful day out so I sat in the court yard and ate. Emma loved days like this. She would have wanted me to enjoy the sun. The birds were chirping and there was not a cloud in sight.
One time when Emma and I were sitting outside, she told me that she was at peace the most when she was outside and sunny days. Today I was at peace because it was beautiful and sunny out. Emma deserved to be remembered on a day like today.
I finished up eating and went inside. I took my time going back up to her room. I had this feeling like I had forgotten or I would lose something or had lost something. I took my time just in case I had.
When I got back up to her room I sat down on her bed and kissed her head. She looked up at me and smiled. Her smile was beautiful even as she was laying in a hospital bed frail and transparent. She whispered to me, ‘I love you’. I whispered ‘I love you too’. We sat in silence for a moment and then the monitors went dead. She was at peace and so was I. 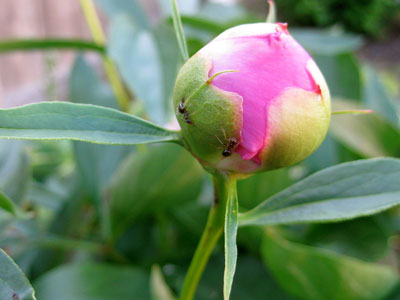 The author's comments:
This is a complete and total revision of my original piece It Just Happened. I hope ya'll still like it, in its new and hopefully improved state. This is part two and the final part. Thanks for reading.
Post a comment
Submit your own

Favorite Quote:
"The goal isn't to live forever, but create something that will."
"If you wanna go, baby let's go; if you wanna rock, I'm ready to roll.''
"No one ever said it'd be easy. They just said it'd be worth it." <3

View profile
I think I'd have to agree with u. other than that, this is one of my favorite love stories on teen ink. I love it:) please keep writing
just-another-url GOLD said...
on Apr. 28 2011 at 12:18 am
just-another-url GOLD, Cannes, Other
16 articles 6 photos 151 comments

Favorite Quote:
"It's a good thing to be strange. Normalness leads to sadness." -Philip Lester

Favorite Quote:
"It's a good thing to be strange. Normalness leads to sadness." -Philip Lester

View profile
it touched my heart, i feel like i'm about to cry it was so beautiful ! you should try making this into a book and if you ever do, i'll be the first to buy it... great work!
lilmisssunshine SILVER said...
on Oct. 17 2010 at 6:34 pm
lilmisssunshine SILVER, Ashland, Wisconsin
6 articles 0 photos 13 comments
View profile
truly touching...as soon as i finished, i sat back in my chair and started to cry. its beautifully written-you should try to make it into a book.
MasterHope said...
on Jul. 5 2010 at 3:41 pm
I have to say, I prefered it when you just said "she was gone" It made it seem more tragic, more sad, and seemed to get the point across better. However, I loved it :)
pinkypromise23 PLATINUM said...
on Jun. 22 2010 at 4:26 pm
pinkypromise23 PLATINUM, Cranston, Rhode Island
30 articles 0 photos 412 comments

Favorite Quote:
i know that you believe you understand what you think i said, but im not sure you realize that what you heard is not what i meant.

Favorite Quote:
"I reject your reality and substitute my own!"
-Adam Savage

View profile
Oooo. I mean not one has gone in the magazine.
KatAnne SILVER said...
on Apr. 15 2010 at 8:39 pm
KatAnne SILVER, Meadville, Pennsylvania
8 articles 1 photo 165 comments

View profile
It's been good from the beginning. It should have been in the magazine. But the edits made it even better because you beefed it up a little bit.
KatAnne SILVER said...
on Apr. 13 2010 at 7:23 pm
KatAnne SILVER, Meadville, Pennsylvania
8 articles 1 photo 165 comments