She traces his soft, pale skin with her fingers, wondering if it will tickle and wake him up. It doesn't, so she gives up and carefully lines her body against his, her fingers now splayed and unmoving on the warm slope of his back.


She's laying on her side, toward him and the orange morning sunlight slipping in through the slits in the blinds. Soon, he'll wake up on his own, and the day will officially begin, but now, in the quiet restfulness of the unofficial morning, she just wants to look at the way the light silhouettes his body with a blurred outline, catching on all the soft dark hairs. She just wants to think about him, realizing that anything that rises, does so from something more substantial than itself.
He is the ocean, and I am a cloud, to float around the world and return to him. He is the rock, and I am the bird, all empty bones and song. Without him, my origin, my home, I could not fly.


As she looks at his face in wonder at this frightening epiphany, he opens one eye, shuts it, and grumbles something in what sounds like Orc. She smiles, kissing him on the cheek before putting her head next to his on the pillow.


"Morning, you," she says affectionately when he finally opens his eyes.


"Morning," he replies softly, pleasantly, while having a small stretch. When he comes out of it, he pulls her close with a quiet grunt, then loosens his hold, keeping his arms around her.


"Do you remember," she mumbles into his neck, "when we used to wish we could wake up together?"


"Mhm," he says, and she feels the reply rumble in his throat.

"When I used to get you to come over and wake me up?" She smiles.


"Mhm," he says again, but she can hear him smiling too. "I never got through the door without waking you up."


"But it was still nice," she insists.


"Just not what you wanted," he says with a louder smile, and she knows he's playing with her.


They are silent for a while, delaying full wakefulness for a few more moments. "What made you ask?"


She smiles to herself. "No reason. I was just wondering if you still remembered, now that you've gotten what you wanted."


"Of course. I even remember how bad your breath was. That much hasn't changed." By the time she comprehends what he's said, he's jumped off the bed and run, half-naked, for the door, having anticipated both the punch and the pillow she threw his direction.


She flies after him with an undignified sound of outrage, mingled with the smallest amount of childish amusement. When she passes through the doorway, he's waiting, and catches her around the waist.


She is laughing and red-faced when she gives up her efforts to simultaneously escape his grip and hit him. "It's a good thing I love you," she mutters threateningly. 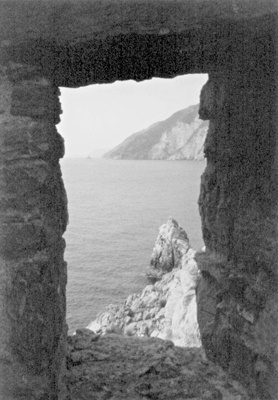 Favorite Quote:
"Be peaceful, be courteous, obey the law, respect everyone; but if someone puts his hand on you, send him to the cemetery. " -Malcolm X