The Murders of Miss Jean Augsburg

In an unknown place, and in an unknown time, whilst for unknown moments of hatred, and whilst for unknown moments of abhorrence, without memory, and without momentum, in no restraint, and in no force, in the air, and around the matter, a candle is being lit for a woman named Jean Augsburg. I am not lighting this candle, and if I were I would only do so in the most intensified, disgustingly unrefined contemplation, and it would probably be too long a procedure for me. In that way, I, along with many other people, am not worthy to light the candle. The person who is lighting this candle is a Western and Japanese man of a great integrity that came from his upbringing; he is in some Japanese village on some Japanese island, where some Japanese ideal is being treated.
There are other candles, being lit by many dead persons. In whatever underworld exists, they are walking single file along the pathway that Jean Augsburg has condemned them to in her murders and the murders of which she has committed. Jean Augsburg is dying; she is dying of depression, and it will soon be over. All the thoughts that have been pierced or absorbed, processed by the single set of functions of her mind, repeated, and reemitted as emptiness, contributed to the poisonous, corrupting side effect that always exists somewhere in the human mind, always comes as a mold that roots itself into the soul of the outermost wall of conscience. Jean Augsburg has been murdered by these people, and she has murdered them; and they have murdered Jean Augsburg, a woman of forty-four, a woman of fifty-two, a woman of seventy-two, and finally a woman of ninety-three, an old woman who, late in life, renowned herself in prostitutes, both male and female; who, late in life, made a sorrowful impression upon the stairs of the useless building she lived in, climbed those steps driftingly and left them with the feeling of being stepped on but with the bereavement of directness; who, late in life, committed her last murders, of an unconscious woman and her newborn fetus child; and who, late in life, now feels the slightness of ascension, leaving us a useless building, a musty bed, a half-swept floor, a cupboard of meaningless, useless things, a clean but gritty window and windowsill and lime green sheer curtains, a few written pages on a newly bought mahogany desk, a white ceiling, the bare walls left to age, and a basement filled with unopened mail that is heartbreaking to know has never been read and is all the letters she would receive in her adult life.
And Miss Jean Augsburg “murdered” me. She almost did really murder me, but I stopped her, and she comes to me for thousands of times of images as nine different, vague ghosts. And since I murdered her, I murdered her again. You would think I write this as an apology, as my way of saying ignosce mihi to Jean Augsburg, as a gratification. But it is not that. Nothing pleases her, never again; only the old prostitutes are those around her able to reminisce with their slovenliness, while the teenaged are ecstatic from experimentation.
The pity begins with awkwardness, as all pity begins… 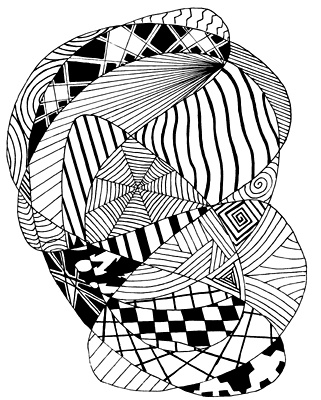 The author's comments:
This is the beginning of a novel I have been thinking about for so long. It is meant to be somewhat satirical, with all the naivity that makes up the passage, but it almost suggests picaresque, in a way, that it is like realistic fiction, almost like Twain, but without the wit.
Post a comment
Submit your own