The sound of war rang in my ears. Tears ran down my cheeks, making little paths through the mud and dirt on my face. My legs ached in the uncomfortable position they were in, but that didn’t matter. What mattered was staying alive, hiding from the Nazis in the small basement room.
I looked to my father. He was kneeling on the ground, exposed and helpless. I had thought of him so brave and bold, but now, with my mother and brother dead, he was not so strong. I knew he could be, but now, it was no good to be brave or strong. It was good to be alive, and I had to try as hard as I could to keep Papa and me alive and together.
I wanted Papa to hold me close and tell me, “It’s okay Sophie, darling, we are all right and no one will hurt us.” But all that was impossible. We could never be safe anymore.
The bang outside interrupted my thoughts. “Papa?” I choked out.
“Shh, Sophie, shh,” he murmured. Attempting to be as quiet as I possibly could, I crawled over to him on my hands and knees. He was staring strait ahead, looking at the door that separated us and everyone else. When I got to him, he looked down at me. There were glistening tears on his cheeks, similar to mine, and I knew we were thinking the same thing.
Another bang sounded, and I forced myself not to think what was happening outside. An additional shot followed it, and the noise stopped. Papa perked up his head, waiting. I listened too. The quiet was deafening.
Then the knob to the door of the basement turned slowly, as if the person behind the wood was trying to be inconspicuous. I felt my heart stop. The being on the other side felt the handle stop, and I saw a glimmer of hope. Papa and I had locked the door, and although we knew it wouldn’t hold them for long; it would keep whoever was outside occupied for a while.
“Sophie,” Papa whispered, ”get behind me.” I backed up against the cold wall behind him and clung to his back, my eyes wide with fright.
“Papa,” I asked nervously, “what is going to happen?” He sighed.
“I…I don’t know,” he whispered, almost unintelligible.
Finally, one of the men from outside managed to kick the door down. He had cold, dark, piercing eyes that made me shudder. He scanned the room, and almost missed us, but unfortunately, he caught his mistake and his eyes fell back onto us.
“Who are you?” he barked out. My father gaped at him, unable to speak. The Nazi took it as further insult. “ANSWER!” he yelled. He took out his gun.
“Sophie,” my father gasped, “get out of the way.” I looked at him. Tears were streaming down his face. I scooted out from behind him. The Nazi pulled the trigger.
“Papa!” I cried. The Nazi let go of the trigger. There was a big boom, and Papa was no more. I stared at where he was just moments before, my mouth open in shock. Across from me, limp on the ground, was Papa, his own blood splattered over him.
I cried freely now. Papa was gone, and I could do nothing about it. I touched his palm. It was still warm. That caused me to sob even harder.
“Quiet!” the Nazi ordered. I looked at him, but kept crying. He raised his gun, pointed towards me. I looked down at Papa. Was it never going to end? He pulled the trigger, and I shut my eyes tight.
“Papa” I whimpered. The last thing I heard was a loud bang, piercing the air. Then all was quiet. 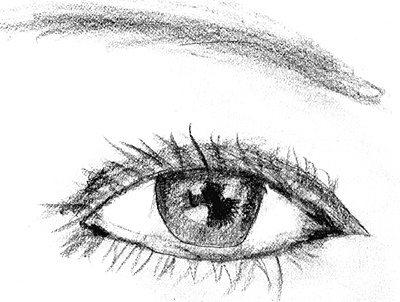 It is amazing to see how your writing has grown. You were such a descriptive writer in 3rd grade, and you have taken off even more. This is impressive!