Natalya peered around the doorframe, heart jumping as Ivan came into view. She bit her lip, restraining a squeak, as her eyes eagerly traced the outline of his body under his thick coat. He was coming back from a meeting, and she had hid in his house to surprise him. His footsteps grew closer as her chest grew tighter, like she was trying to breathe deeply while in a straitjacket. Natalya wanted to surprise him; she had even made a cake and everything!! Raivis, Eduard, and Toris had been forced to wear the pointy, cardboard hats America had sent her, and ribbons festooned the interior of the house. Ukraine had even promised to come, although she still owed Ivan money for gas. It all had to be perfect for his birthday, it just had to be. Natalya hoped if she did something nice, and didn’t bring up marriage, then Ivan would stop fearing her- or, at least, not be as scared by her.
“Ivan!” Natalya screeched, running out the door when her excitement couldn’t be contained any longer.
“N-Natalya-” he stuttered, eyes widening. “Why are you- um- what are you wearing?” His confusion was understandable, as she had on a frilly, flush pink dress Elizabeta had loaned her to impress him.
“A party dress!” She grinned, an expression that felt odd on her solemn face, flipped her long hair over her shoulder and grasped his arm lightly- for her- as she dragged Ivan into his house.
“For what?” Ivan had decided to wait it out, and see what was planned, instead of running away like he normally did when Natalya was around. She seemed different today, though, more… controlled.
“Your birthday, of course!” She trilled, flipping the light switch to show… Utter disaster. Feliks was sitting in a ruined mess of cake, Raivis was near tears- probably because he thought Natalya would strangle him for this-, Eduard was suppressing laughter, and Toris was frozen mid-smack, his hand almost connected with Feliks’ head. Ukraine was next to the table, hands over her mouth with a horrified expression on her face.
“It’s not-“ the Baltic’s managed to blurt out as one before Natalya crossed the room in three powerful strides and delivered sharp smacks to each of their faces. Raivis cradled his reddening cheek in one hand, whimpering from the pain. Eduard, having turned his head aside at the last second, only had a small fingernail mark next to his right eye. Toris had taken the hardest of the blows, one that would surely cause him a black eye the next day.

“Explain,” Natalya hissed, quivering with barely suppressed fury.
“Well, like, you see,” Feliks began-
“Shut up!” She screamed, hitting him with such force that he fell off the table- and cake- he had been sitting in. “You! Tell me what happened!” Raivis, Eduard, and Toris shivered collectively, her carefully manicured finger pointing straight at them was surely not a good sign.
“Feliks” Toris began cautiously, “came over because he heard there was a party and thought Ukraine would be here. He broke in through the back door, and tried to impress Ukraine by jumping into her arms, but he slipped and landed in the cake instead…”
“Yeah!” Feliks smirked, still sitting on the floor amidst the mess. “I wanted to see Ukraine, you know, me being like, her bff and all.”
“You…” Natalya glowered, radiating a malicious aura, “you ruined Ivan’s birthday. You RUINED it!” With that last scream- and a heartfelt kick to his vital regions- she rushed out of the door, brushing past a shocked Ivan. Once she was through the hall and outside, she began sprinting, holding her dress’ hem around her knees to avoid getting it wet.
“Natalya!” Toris yelled, running after her. “Wait!” He closed the door as he passed it, nearly catching his foot in the process.
He finally caught up to her in a small clearing, having followed her muddy footprints. She was kneeling on the ground, weeping in front of a small sunflower that was growing in a shaft of sunlight.
“Natalya,” he whispered, slowly draping an arm around her; then hugging her close when she didn’t attempt to push him away.
“Why?” She sobbed brokenly, her pain evident in her words. “It was supposed to fix it all, so Brother would love me again. Why didn’t it work?” Toris felt a sharp pain in his chest at her words, though he knew she meant them from her heart.
“It’s going to be alright,” he murmured, stroking her soft hair.
“No! It’s not!’ She spat out, flipping her head up to face him. The wildness in her eyes caused him even more pain, the thought that she had someone else she loved. “I have to be with him! Mother… mother said so…”
Toris had definitely not expected that answer, and a small flare of hope grew within him.
“She said…” Natalya sniffed, “the last thing I remember her saying, before she left, was that we had to be together. Me, and Ukraine, and Ivan. That it would be all right if we stayed with each other. I promised her that I would keep us together. I talked to sister, and she promised to pay what she owes Ivan, so, if I can just get him to forgive me… then,” she sniffed again, “then I won’t have broken my promise to Mom. I kept telling Ivan to marry me so he wouldn’t leave me alone, because Ukraine had already left… I really didn’t want to break the promise, but even more… I didn’t want to be alone. I was only being cruel to you because I thought if Ivan became friends with you, Raivis, and Edouard, he would forget about me.”
“You…” Toris whispered, blinking the sudden tears of joy from his eyes. “You three will always be together, just not as close as you might have been before. They might leave, but they’ll come back. But when they’re gone-“ he paused to steel himself for the bone-breaking smack he knew was coming when he uttered his next words. “When they’re gone, I’ll be with you. I won’t leave you, Natalya, not ever.” He waited, but the hit never came.
“Really?” Natalya said instead, tilting her face upwards to Toris- and the sun. “You won’t leave me? Even when I’m mad, or – or mean to you? You’ll stay with me?”
“Yes.” Toris replied, staring into her deep blue eyes. The single word held years worth of love, and touched a spot in Natalya’s heart that had remained forgotten. He moved his hand from her shoulder to her face, wiping away the tear tracks and cupping her cheek in his palm as he tilted his head forward. Her hand moved timidly around the back of his head, then she twisted her fingers in his silky hair as their lips met.
Their first kiss was sweet, soft, an innocent prelude to the feelings locked inside them.
“There, now, that wasn’t so bad,” Toris mumbled, trying to stop himself from going too far.
“It was…” Natalya pulled his head up so his eyes met hers again. “Lovely.” She slung her other arm around his neck and pulled herself onto his lap, curling into the warmth of his chest. He wrapped his arms around her, savoring the sweet smell of her hair as she let the rest of her tears fall.
They sat like that for a long time, until the sun was no longer in the small clearing and Natalya had fallen into a light sleep against Toris. It was starting to get cold, and Toris knew he had to get Natalya inside so she didn’t get sick.
“Natalya,” he said quietly, not wanting to startle her, “it’s getting cold. We should go home now.”
“Mmm.” She sighed, snuggling back into Toris’ chest for a brief moment before snapping completely awake, and scrambling out of his arms. “Wait.” She choked out. “Did we…?” Her question hung in the air for a second, until Toris realized she was waiting for an answer and not pausing mid-thought.
“We kissed,” he clarified, still not sure whether she thought it good or bad.
“What?!” Natalya squeaked, stumbling backwards-until Toris caught her, just inches away from her sunflower. “L-let go!” she pulled away, then turned abruptly and ran back to the house.
“Of course,” he looked longingly at her retreating form; then glanced at the single sunflower she had spent so much time on. “I guess flowers can grow in the snow after all.” 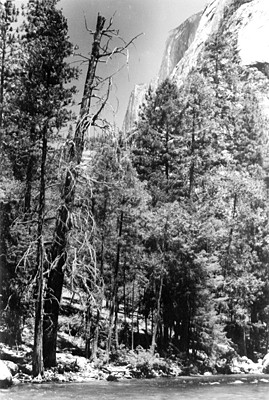 The author's comments:
I wrote this because my Hetalia obsessed friend made me. You know who you are. the characters belong to the creator of the series, not me.
Just fyi: Natalya = Belarus, Ivan=Russia, Raivis =Latvia, Eduard=Estonia, Toris =Lithuania, Feliks = Poland, Elizabeta= Hungary. I couldn’t find Ukraine’s name, so she’s just Ukraine.
Post a comment
Submit your own

Favorite Quote:
"Stand up and walk. Move forward. You have two beautiful legs, don't you? You don't need to rely on anything." - Edward Elric

Favorite Quote:
"When you do dance, I wish you a wave 'o the sea, that you might never do nothing but that." -William Shakespeare

View profile
It was pretty cheesy. And I didn't understand what was going on most of the time.