Favorite Quote:
"I saw an angel in the marble and carved until I set him free." -Michelangelo

INT. Classroom - Day
TEACHER is teaching. HAMLET flicks through the door. He has his backpack. TEACHER stops teaching, the class just stares at HAMLET.
TEACHER
You went to New England and back in a half hour?
Classmates still staring.
HAMLET
Well, I didnt actually go. Our car broke down halfway down the block and--
TEACHER
--Never mind! Never mind...just take your seat and we’ll continue on with the lesson.
HAMLET sits down. He looks over at CLAUDIUS who’s scribbling notes down. He has an elvish grin on his face. CLAUDIUS stops writing, and hands the pad to LAERTES, who gives it to HAMLET. It’s a cartoon of Hamlet, dead on the ground, Laertes with a puzzled look, and Claudius with a crown on his head. LAERTES nudges him.
LAERTES
He challenges you. Tomorrow.
HAMLET
Wha--?
TEACHER
Hamlet! No passing notes!
The TEACHER picks up the note pad and glances at the cartoon, then slams it down.
TEACHER
Report to the pricipal’s office immidiately.
HAMLET picks up his junk and strides out the door. Just as he gets out into the hallway, GERTRUDE runs by him, tears in her eyes. HAMLET is puzzled, the continues on. As he turns a corner, red and blue lights are flashig on him. He starts running.
INT. Main Office - Day
HAMLET enters the office, which is empty. The secretary isn’t there. He slowly sit’s down on one of the cushioned benches. He looks to see there is a man filing folders behind the counter. The man singles out a folder away from all the others. HAMLET sees Ophelia’s name on the folder. The man turns, and HAMLET swipes it. He opens it. It’s all this information on Ophelia. Her birthday, her...death...HAMLET stops dead.
HAMLET
To be, or not to be, that is the question:?Whether 'tis nobler in the mind to suffer?The slings and arrows of outrageous fortune,?Or to take arms against a sea of troubles,?And by opposing end them? To die: to sleep;?No more; and by a sleep to say we end?The heart-ache and the thousand natural shocks?That flesh is heir to, 'tis a consummation?Devoutly to be wish'd. To die, to sleep;?To sleep: perchance to dream: ay, there's the rub;?For in that sleep of death what dreams may come?When we have shuffled off this mortal coil,?Must give us pause: there's the respect?That makes calamity of so long life;?For who would bear the whips and scorns of time,?The oppressor's wrong, the proud man's contumely,?The pangs of despised love, the law's delay,?The insolence of office and the spurns?That patient merit of the unworthy takes,?When he himself might his quietus make?With a bare bodkin? who would fardels bear,?To grunt and sweat under a weary life,?But that the dread of something after death,?The undiscover'd country from whose bourn?No traveller returns, puzzles the will?And makes us rather bear those ills we have?Than fly to others that we know not of??Thus conscience does make cowards of us all;?And thus the native hue of resolution?Is sicklied o'er with the pale cast of thought,?And enterprises of great pitch and moment?With this regard their currents turn awry,?And lose the name of action.

Cut to: Immediate black after the word “action”. 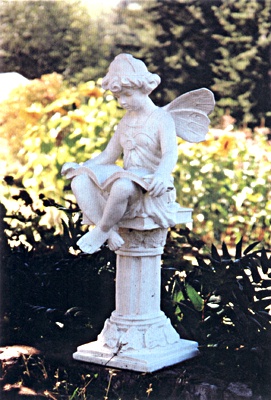 The author's comments:
This is part of my screenplay for my film William Shakespeare's Hamlet: A Modern Day Adaptation.
Post a comment
Submit your own

This article has 12 comments.

Adnama BRONZE said...
on Nov. 23 2011 at 9:48 am
Adnama BRONZE, Sidney, Iowa
4 articles 0 photos 9 comments
View profile
lol This was funny, I liked this version better.
stargrl SILVER said...
on Feb. 2 2011 at 2:32 pm
stargrl SILVER, Ballston Lake, New York
5 articles 0 photos 26 comments
View profile
hahahahahahahahahha :) LOVED IT... we had to memorize the soliloquy for english so i was saying it out loud as i read/remembered it and everyone was staring..........
EmilyIsabella BRONZE said...
on Jan. 24 2011 at 4:19 pm
EmilyIsabella BRONZE, St. Ann, Missouri
4 articles 4 photos 4 comments

Favorite Quote:
"If you concentrate on finding whatever is good in every situation, you will discover that your life will suddenly be filled with gratitude, a feeling that nurtures the soul." - Rabbi Harold Kushner

View profile
Agreed, haha. That kinda struck me as odd too... But I still dig it. :)
Jsullivan BRONZE said...
on Jan. 3 2011 at 7:44 am
Jsullivan BRONZE, Huckleberryfinlane, Michigan
2 articles 0 photos 27 comments

Favorite Quote:
"Cancer...Cancer is in everything, the food, the water even the household items." (By: My grandfather)

View profile
LOL. I like this version alot better....if only we had this to read in English class.
Penmaiden BRONZE said...
on Nov. 15 2010 at 12:05 pm
Penmaiden BRONZE, Minnetonka, Minnesota
4 articles 0 photos 10 comments

Favorite Quote:
Poetry is thoughts that breathe, and words that burn. ~Thomas Gray

View profile
Interesting, but you might want to give the characters modern equivalents of their names if you're, y'know, making it modern. And why does he suddenly burst into Shakespearean English if he's, y'know, modern?
Anders N. said...
on Sep. 21 2010 at 4:42 pm
William Shakespeare's Hamlet is finished. I will post the link here when it's up on YouTube.
teens adoptions said...
on Aug. 2 2010 at 1:17 am

Many people are not aware about the legal adaptation laws and procedures. Kids adoption is a good think where orphan children get parents and safe residence. The unplanned teenage pregnancy is one of the major reasons for which teenagers leave their babies. People looking for <A http://www.troubledteens.net/Problems-in-Teens/Teenagers-Adoptation-issue.html>adopting child</A> can consult with certified counselor or adoption lawyer who help in legal procedures and provide valuable tips.

Thorn BRONZE said...
on May. 23 2010 at 11:25 am
Thorn BRONZE, Baltimore, Maryland
1 article 0 photos 100 comments
View profile
This was amazingly clever! I just read a really good book called The Total Tragedy of a Girl Named Hamlet. Made me think of that.
DallysGrrl PLATINUM said...
on Apr. 3 2010 at 4:02 pm
DallysGrrl PLATINUM, Middlesex, New Jersey
20 articles 0 photos 199 comments
View profile
WOW i thought that was really good and smart. I think that you should post more scenes because they are really good. Im waaay into shakespeare and im glad that other kids are 2. congrats on getting voted #1.
Anders N. said...
on Nov. 5 2009 at 4:07 pm
Thanks! I'm really going to film it. I'm still in preproduction, but I hope it will be great.